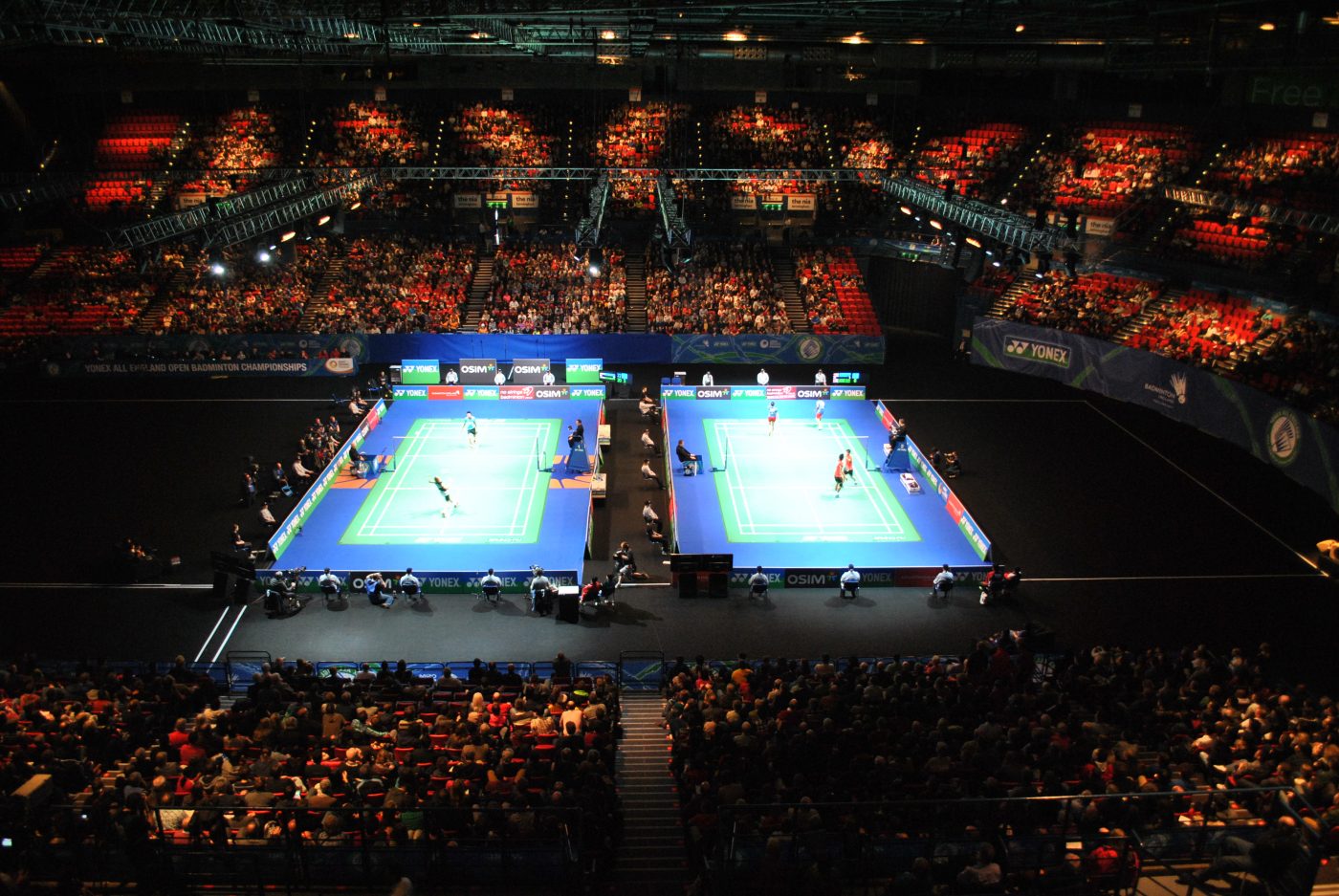 Badminton Association held its first Championships on 4 April 1899; it was a one-day tournament and consisted of three doubles events. The venue had the four courts, but courts 1 and 4 had balconies that extended over them. The courts had to be marked out with chalk on the day of the tournament.

For the first two years the Championships were called “The Badminton Association Tournament”, but in 1901 the name was changed to   “The All England Badminton Championships” to be in line with other major sporting events, also to show the tournament was open to players throughout the country. The All England title was already being used in cricket, croquet and tennis. 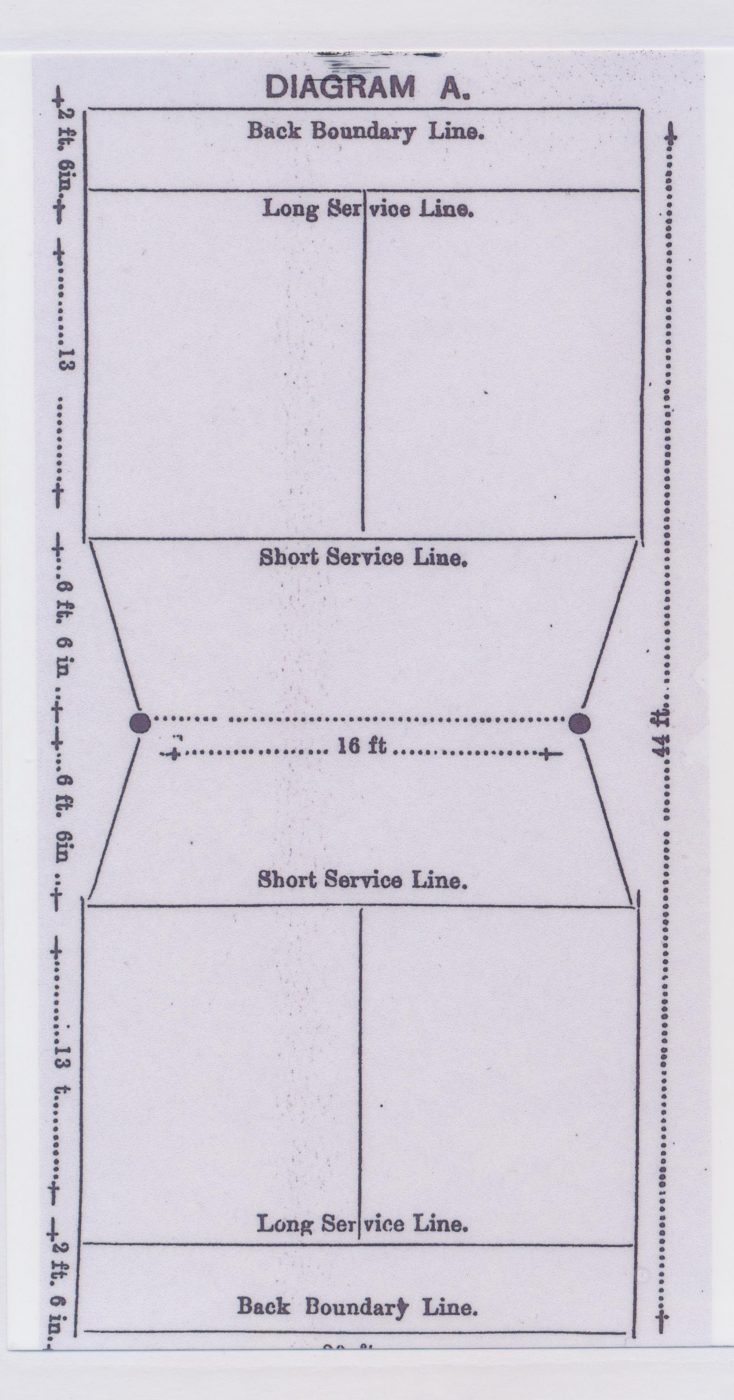 In 1902 so popular had the event become, it was moved to the wider spaces of the central transept of the Crystal Palace. There six courts were kept occupied for three days, but not unnaturally the light was poor and there was a distinct drift, a strong air current that altered the shuttle’s true flight.

1902 saw Scottish and Irish players competing in the Championship for the first time. 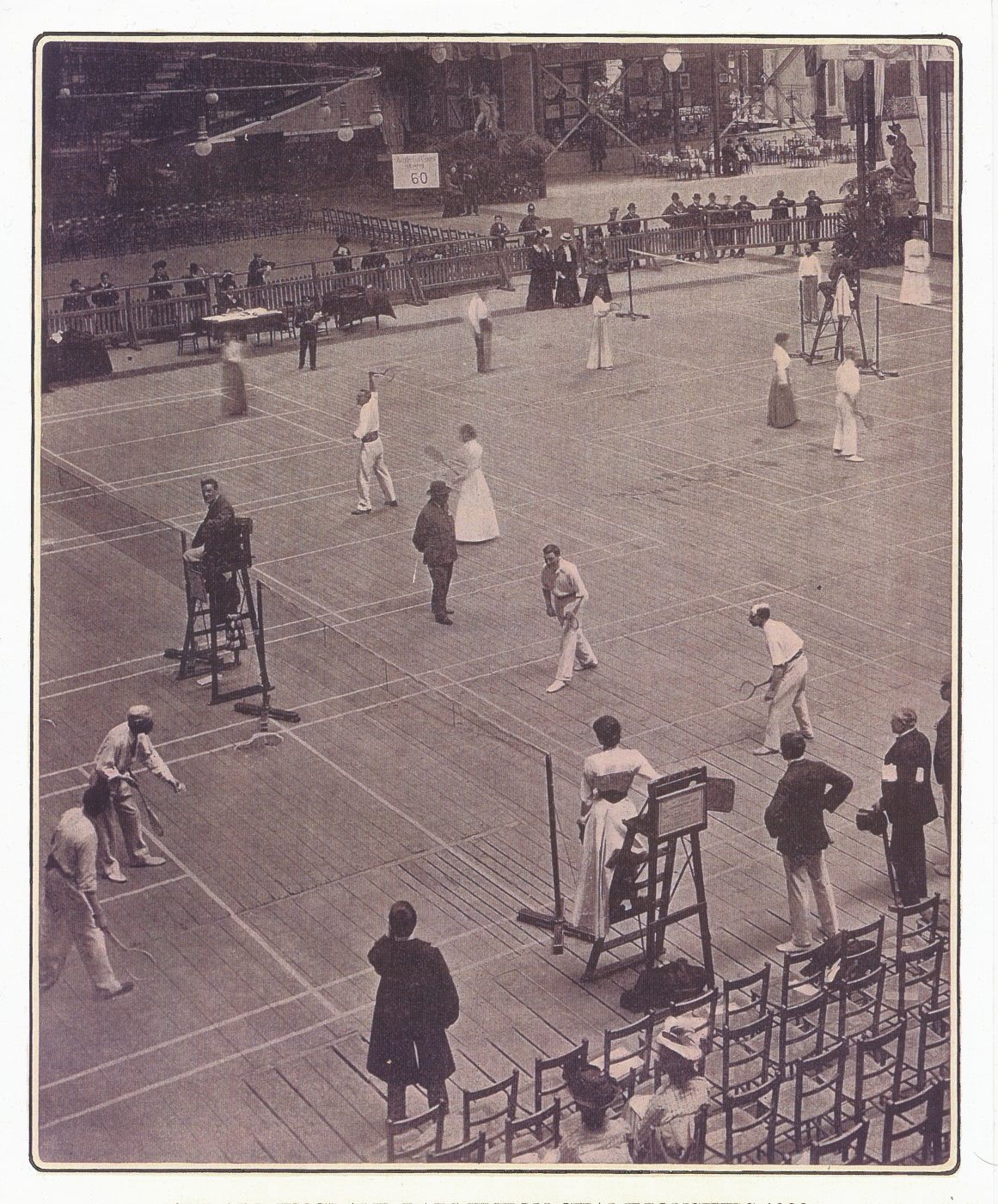 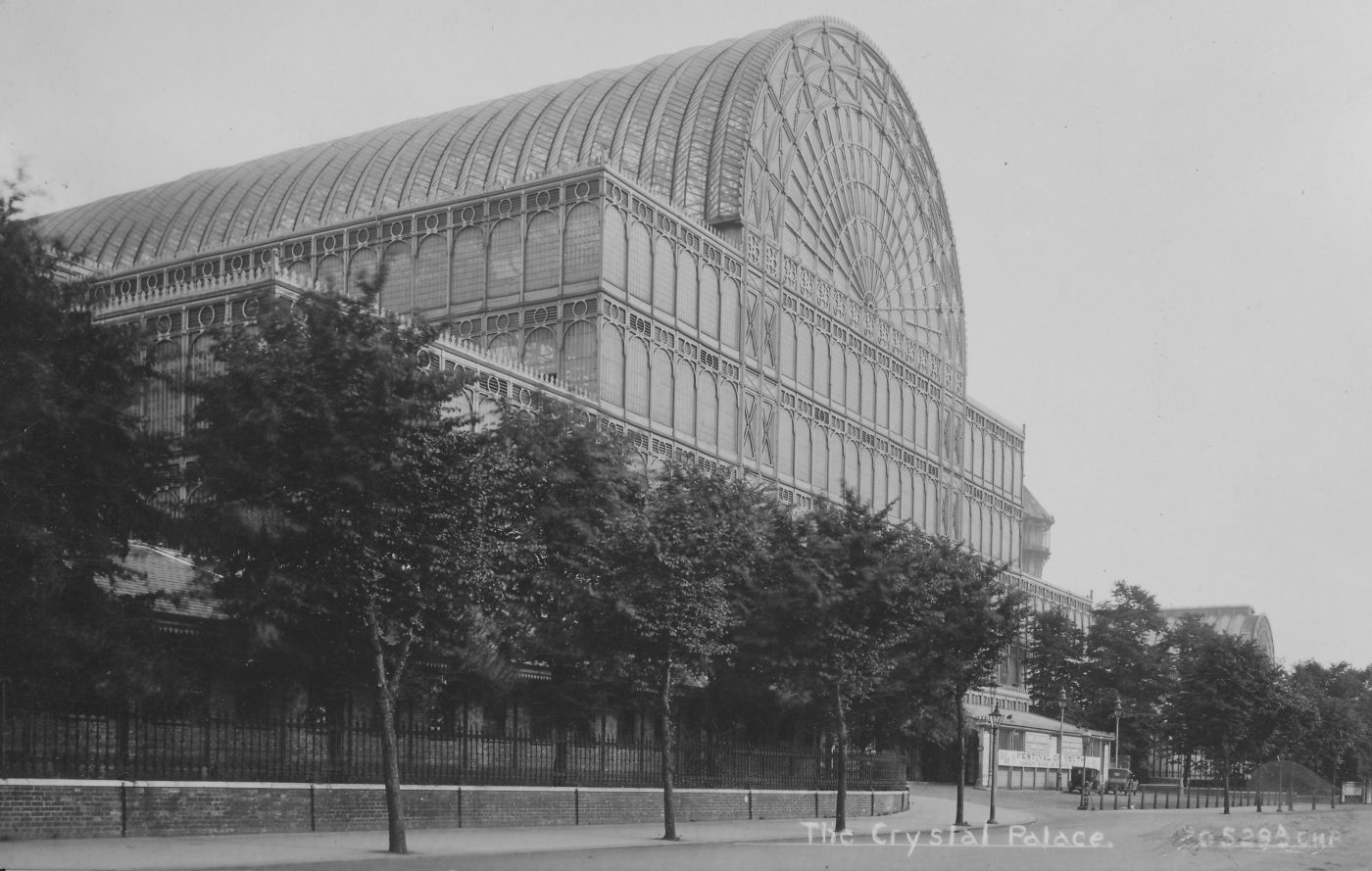 The conditions at this venue were so cramped that incoming players and spectators held up games as they walked behind or across the courts. Play on occasions had to be delayed to allow early morning fog to disperse, and on other days, snow on the roof cast a gloom over the proceedings that the gas burners could do little to dispel.

In 1907 the Men’s Doubles final was postponed at 7-2 because of failing light and was completed four days later. As the entry grew this venue became too small and in 1910 the Championships moved to The Royal Horticultural Hall in Westminster. 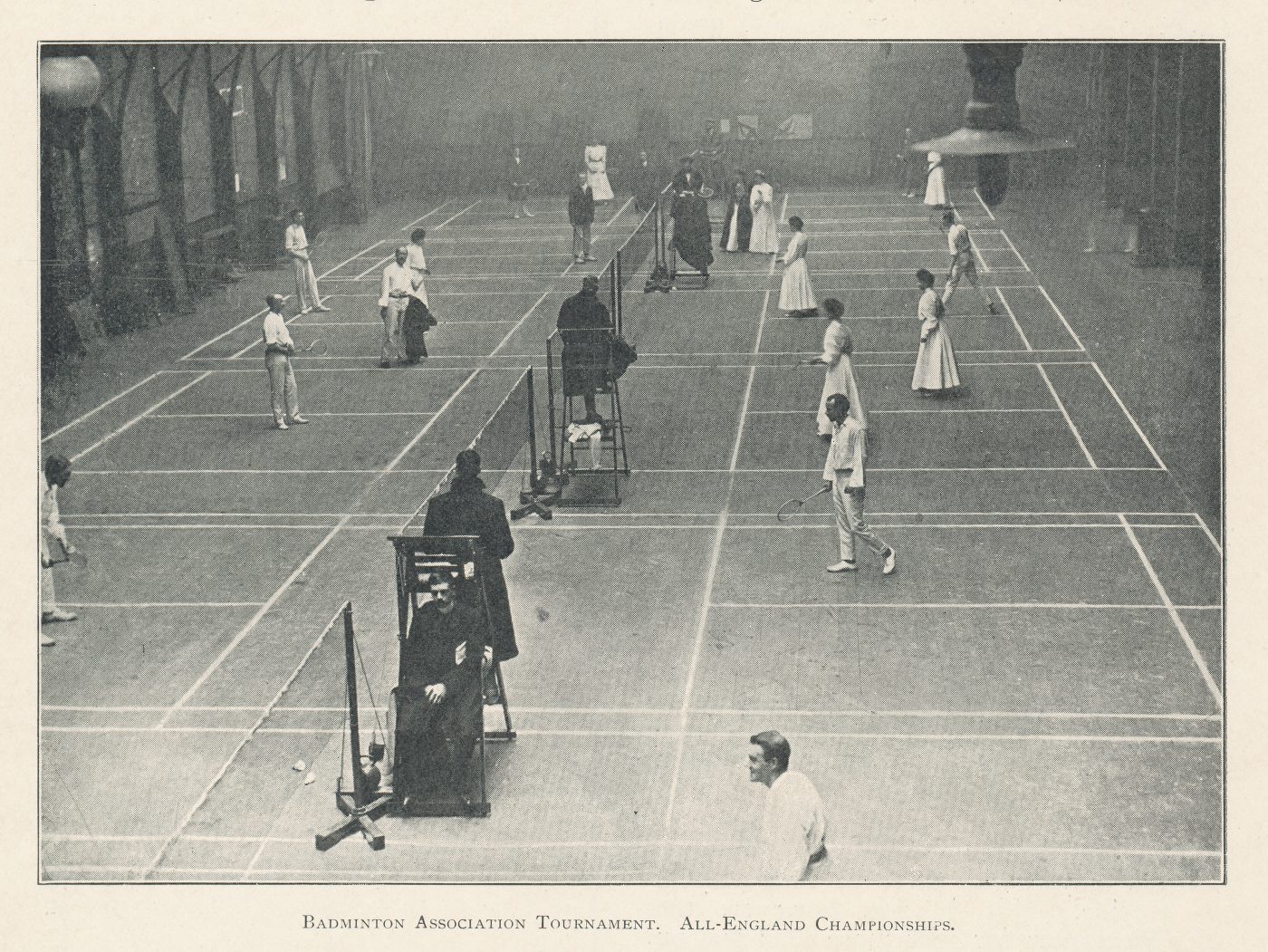 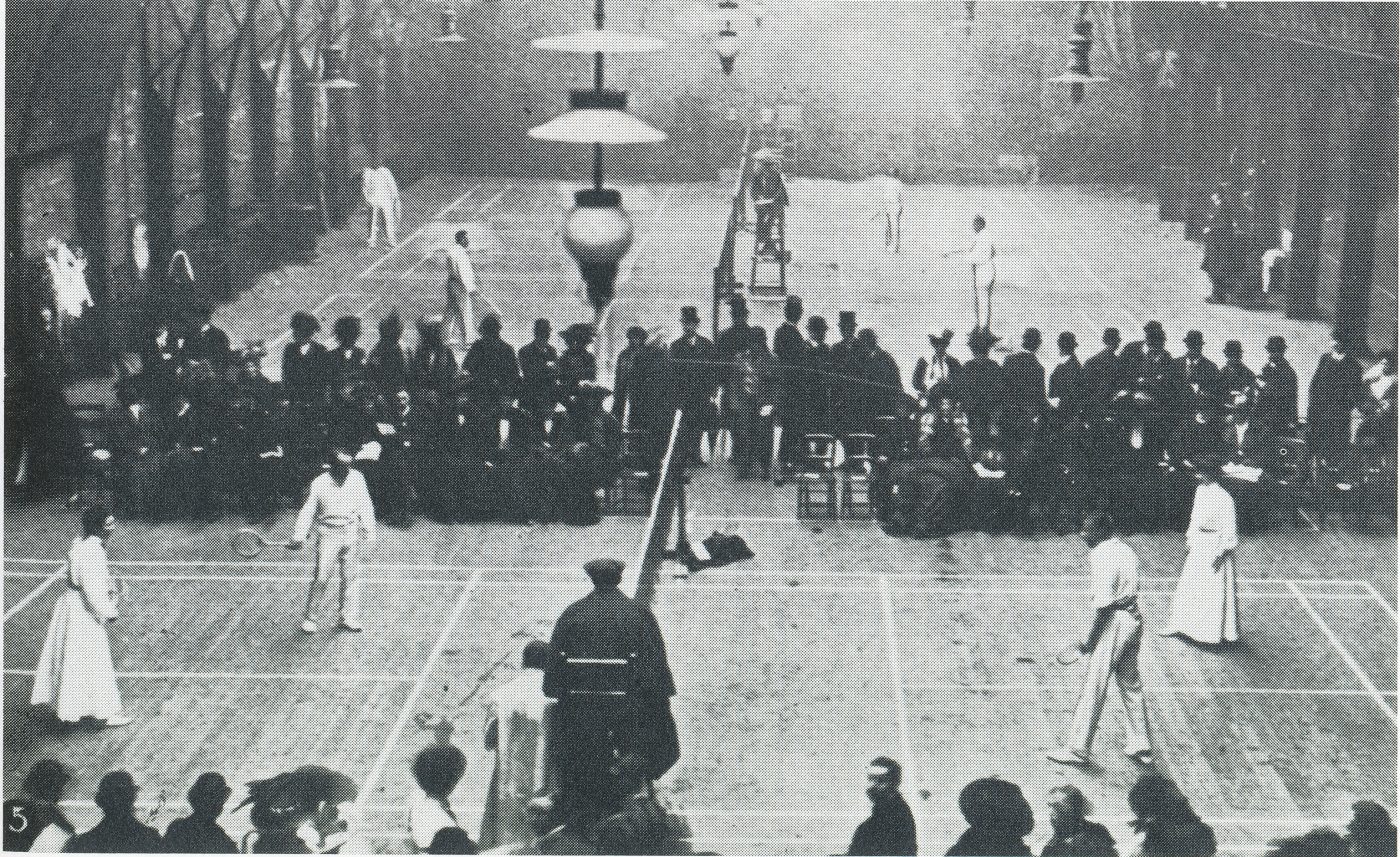 The playing conditions in the early days of using this hall were far from perfect.  The original floor was white and slippery, in 1911 resin was applied to the floor it then became so sticky that players found it difficult to move quickly.  They tried canvas druggets stretched across the courts, but these creased or broke from their fastenings.

To resolve the floor problems in 1913 a specially constructed wooden floor was laid over all the courts, but the lighting was also unsatisfactory, the Championship events were therefore played by daylight, though sometimes lights had to be switched on in mid-game.

International matches were played on Friday afternoons during the Championship.  The matches were between England v Ireland one year and England v Scotland the next. 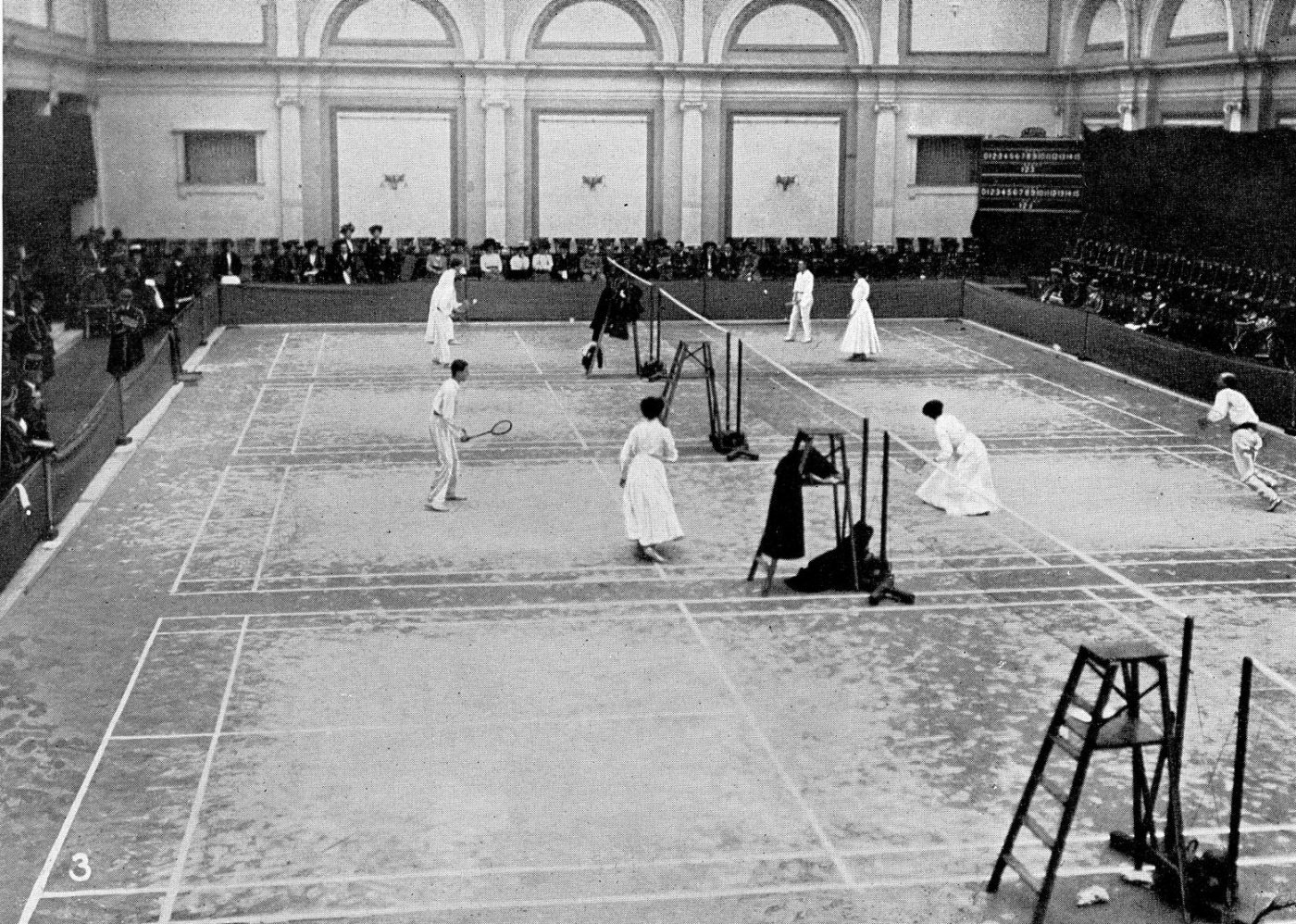 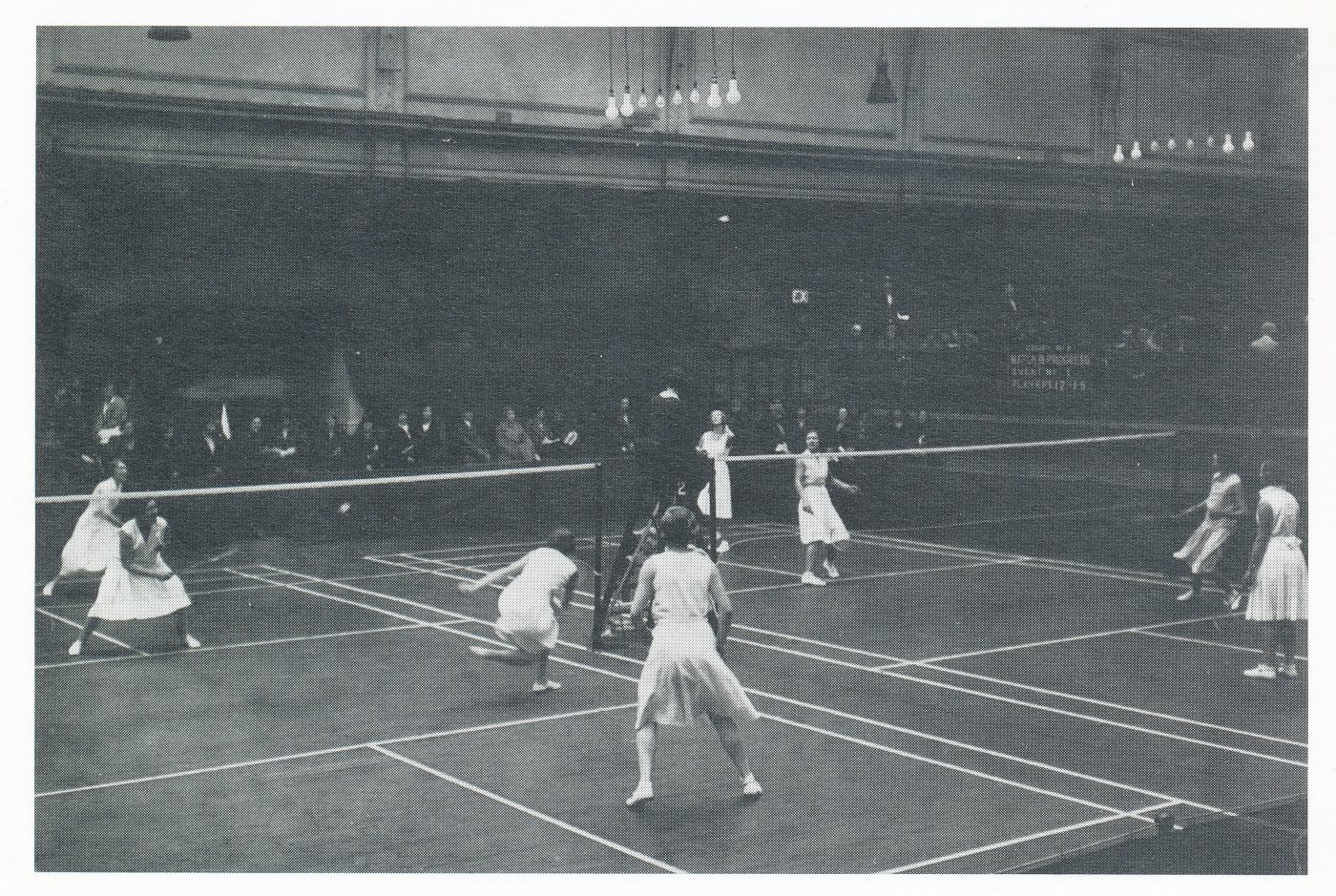 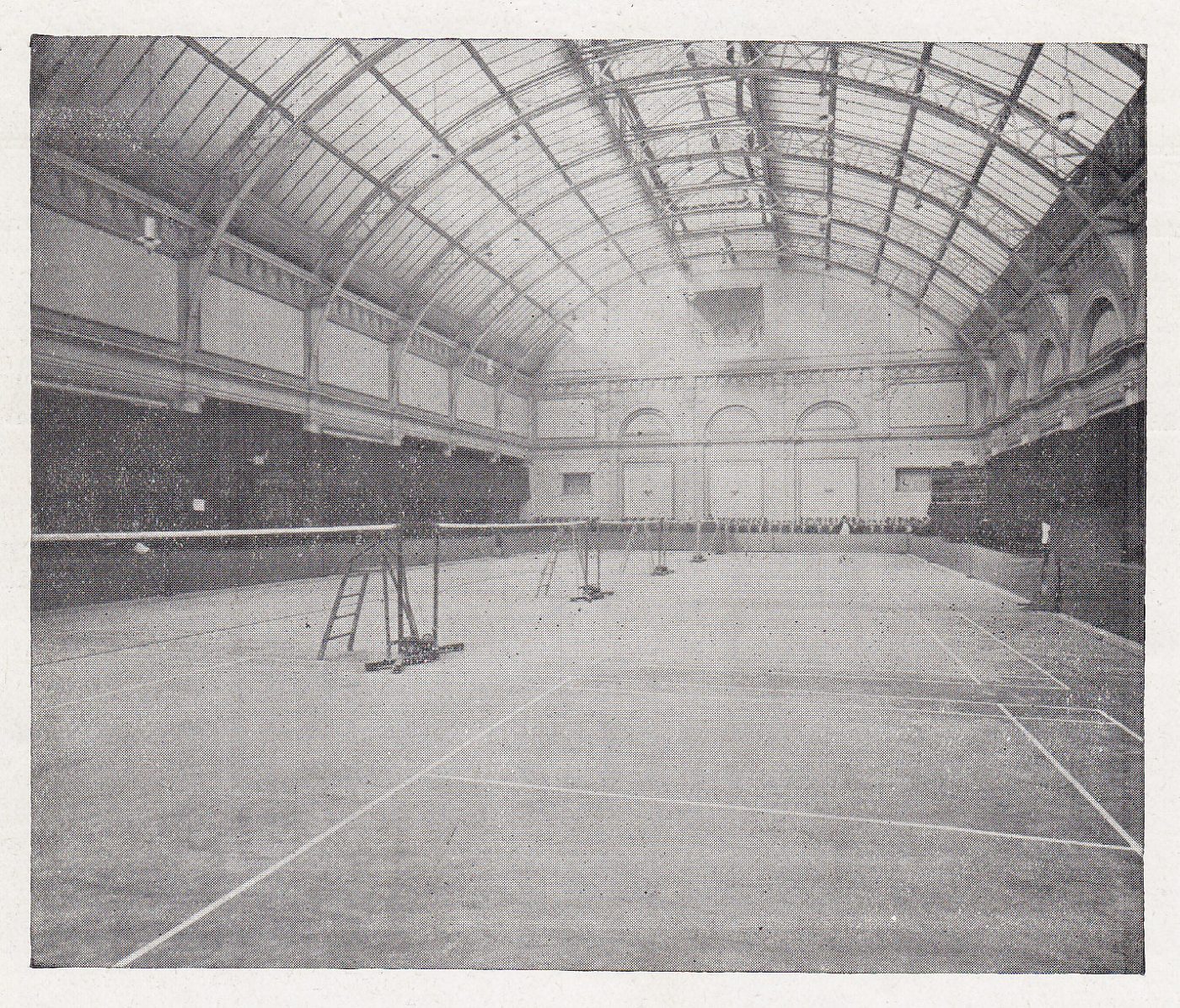 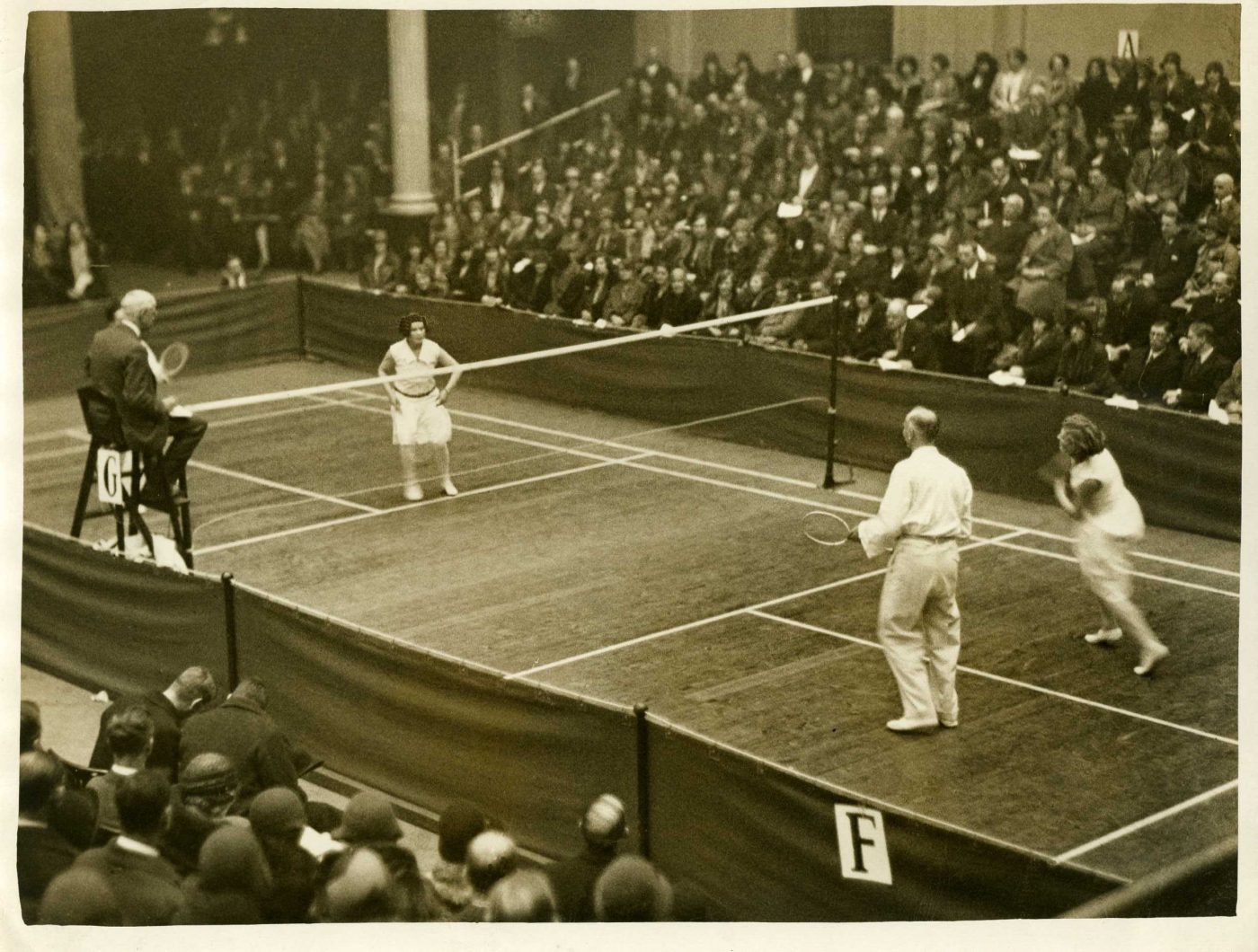 In 1939 the Badminton Association of England decided a bigger venue was needed for the 1940 Championships, so they decided on the 12,000 seater Harringay Arena, North London where seven courts could be laid.  It was to be the end of the concurrent Handicap and Veterans events, but because of the war the Championships were not played at the Harringay Arena until 1947.    The first day of the Championships in 1947 was a disaster with only six matches being played.

The night before, a blizzard hit London, the wind forced snow down the ventilators in the roof and froze hard on the sanded, wooden floor laid over the ice-rink.  A fuel shortage meant that there was no heating in the arena and the temperature remained low.  Next day ‘charwomen’ mopped vigorously with hot water, only to see it freeze almost immediately, only two courts were able to be used part of the day. Harringay had seven courts and play had been scheduled for six days. 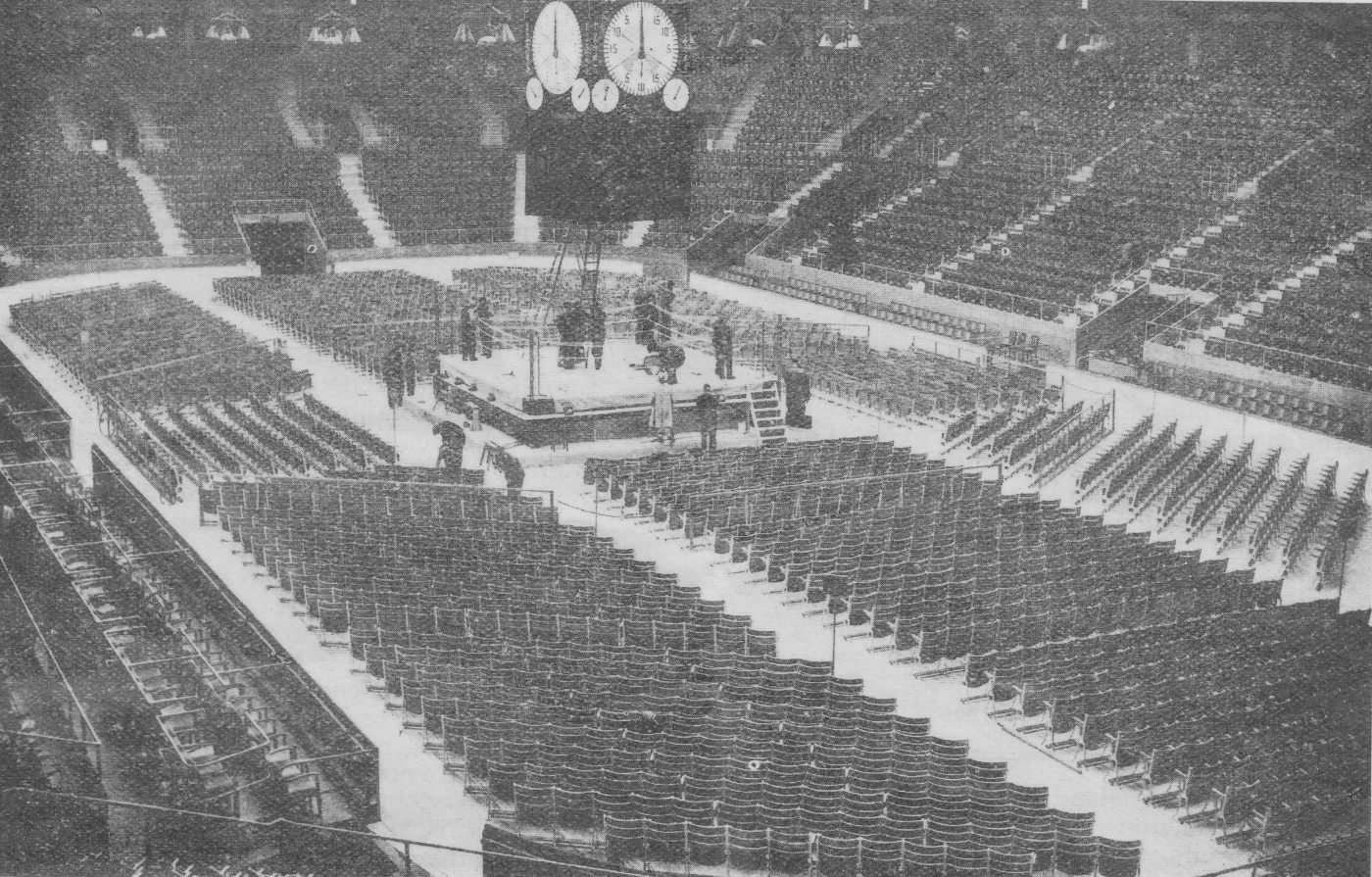 The Championships at Empress Hall were played on five courts over four days.

The first television broadcast of the Championships took place in 1951 and was beset with numerous technical problems.

In 1952 for the first time in the history of the All England Championships, qualifying rounds were introduced.

The All England remained at the Empress Hall until 1957 when structural alterations necessitated finding another venue. 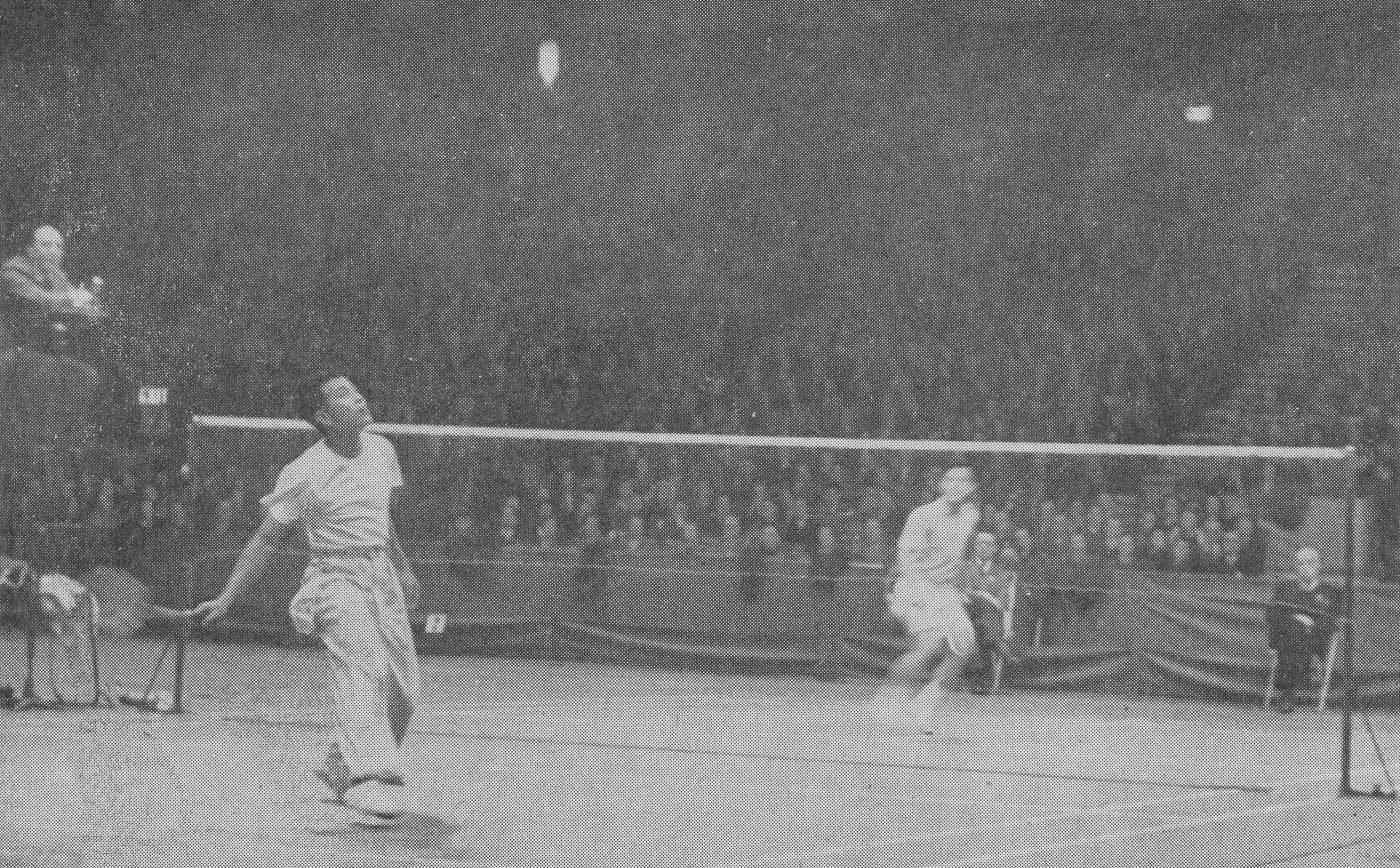 This was to be the longest stay at any venue for the All England Championships – 37 years.

First the hall was called the Empire Pool and then changed to the Wembley Arena.

Air drift would prove to be a major problem for badminton at this venue, with the shuttle movement across the courts. In 1988 they laid the six courts around the other way, this simply gave a fast and slow end of the court.

Wembley was famous for its Friday semi-final nights, the arena would be full of 8000 badminton enthusiasts watching some of the most exciting matches of the Championships. 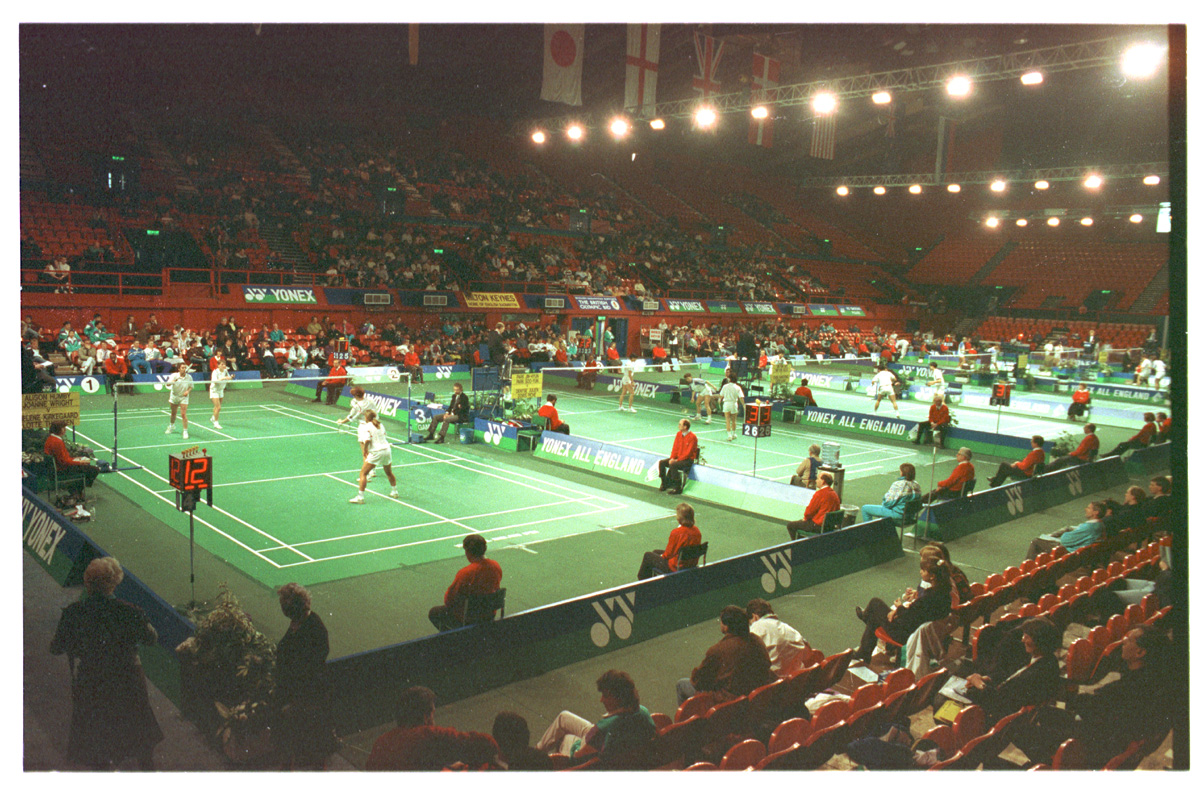 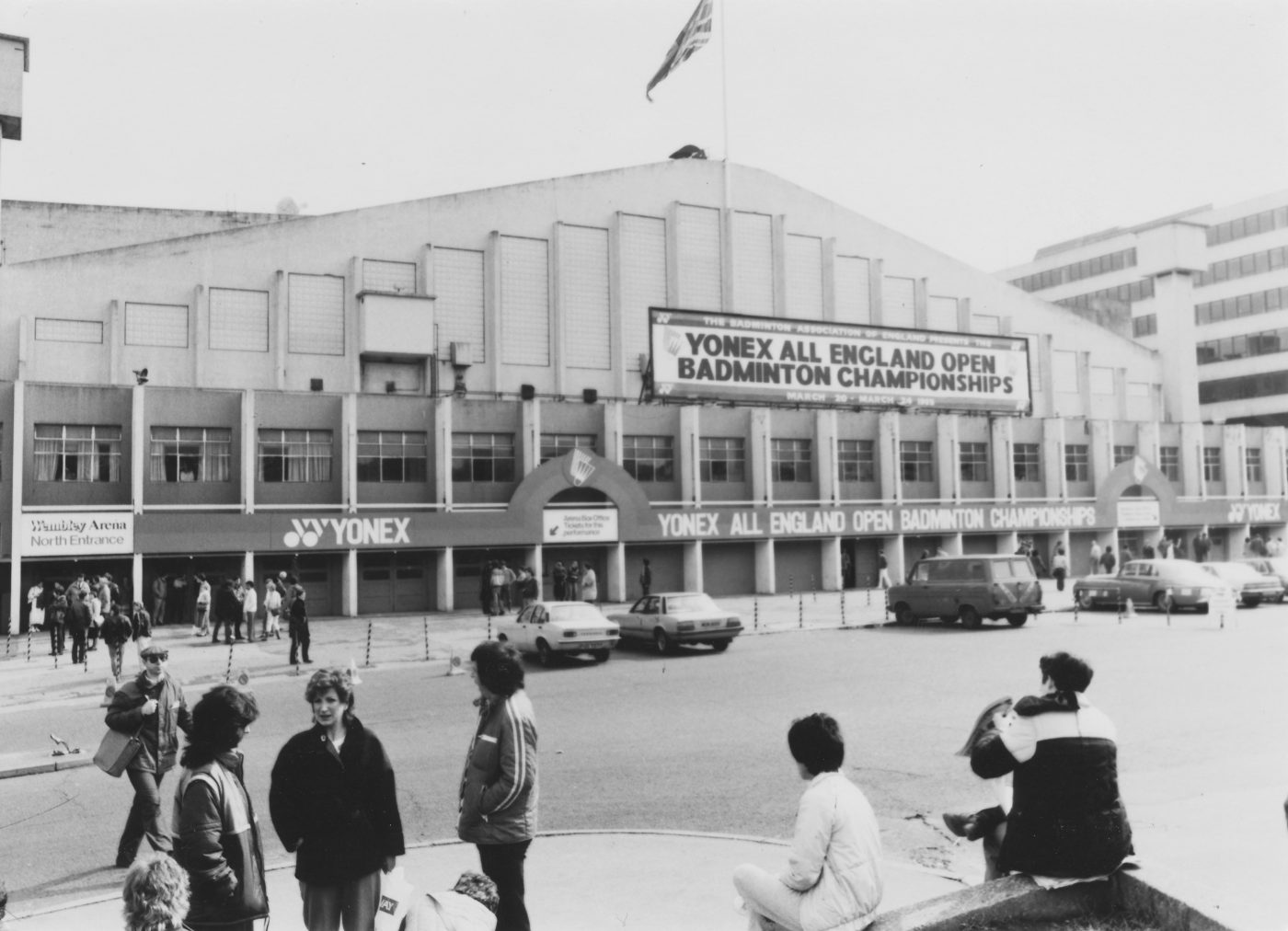 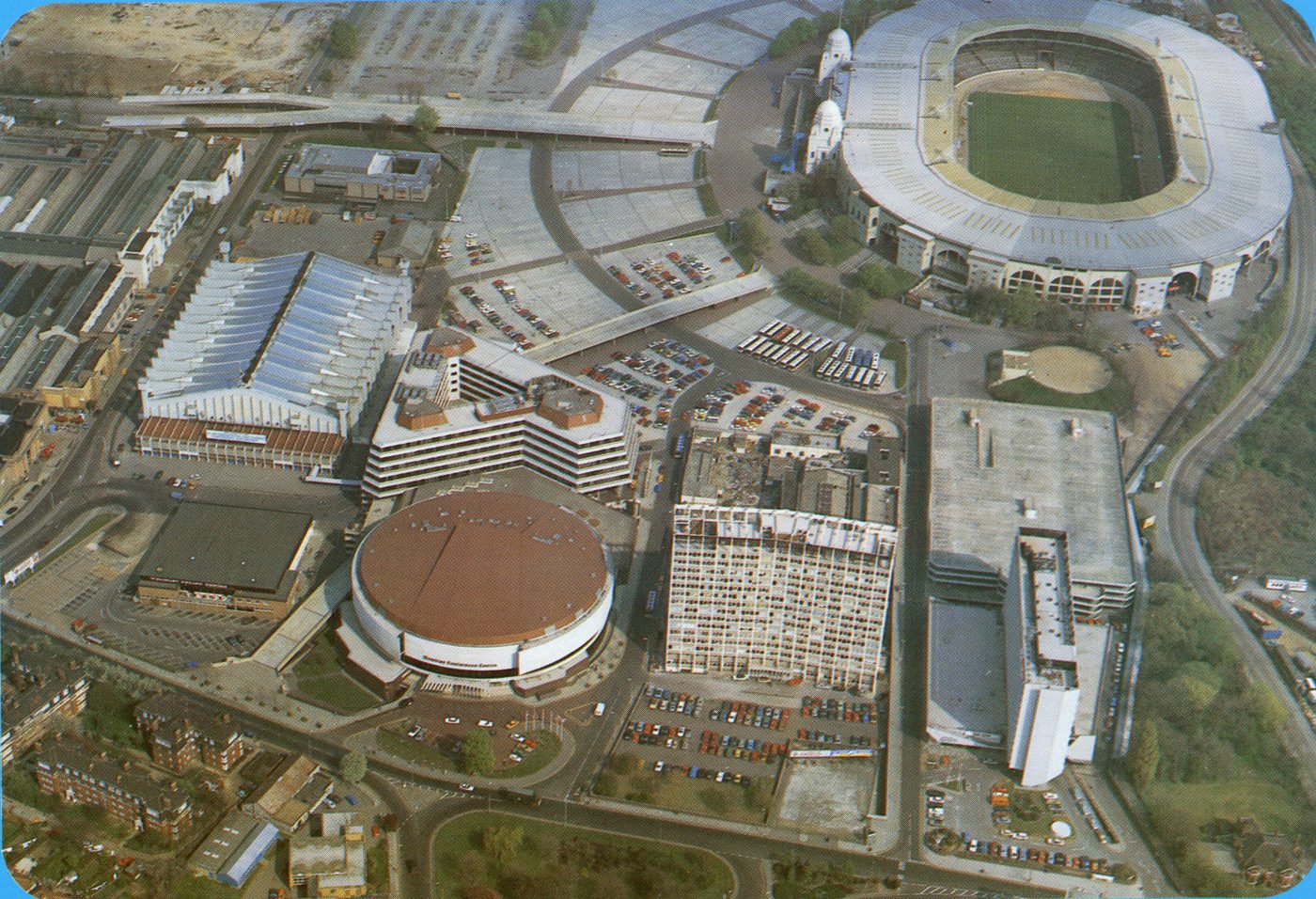 After a successful World Championships at the National Indoor Arena in 1993 the Badminton Association of England decided to move the Yonex All England Badminton Championships to Birmingham.

The Utilita Arena, Birmingham has proved to be one of the top venues for badminton in the world, it is a more central venue in this country with plenty of adjacent hotel accommodation for the many players, officials and volunteers that work at the event.  The heating and air ventilation system is computerized; it has good press and catering facilities, but probably its strongest point is, it has eight top class badminton practice courts directly below the main arena. 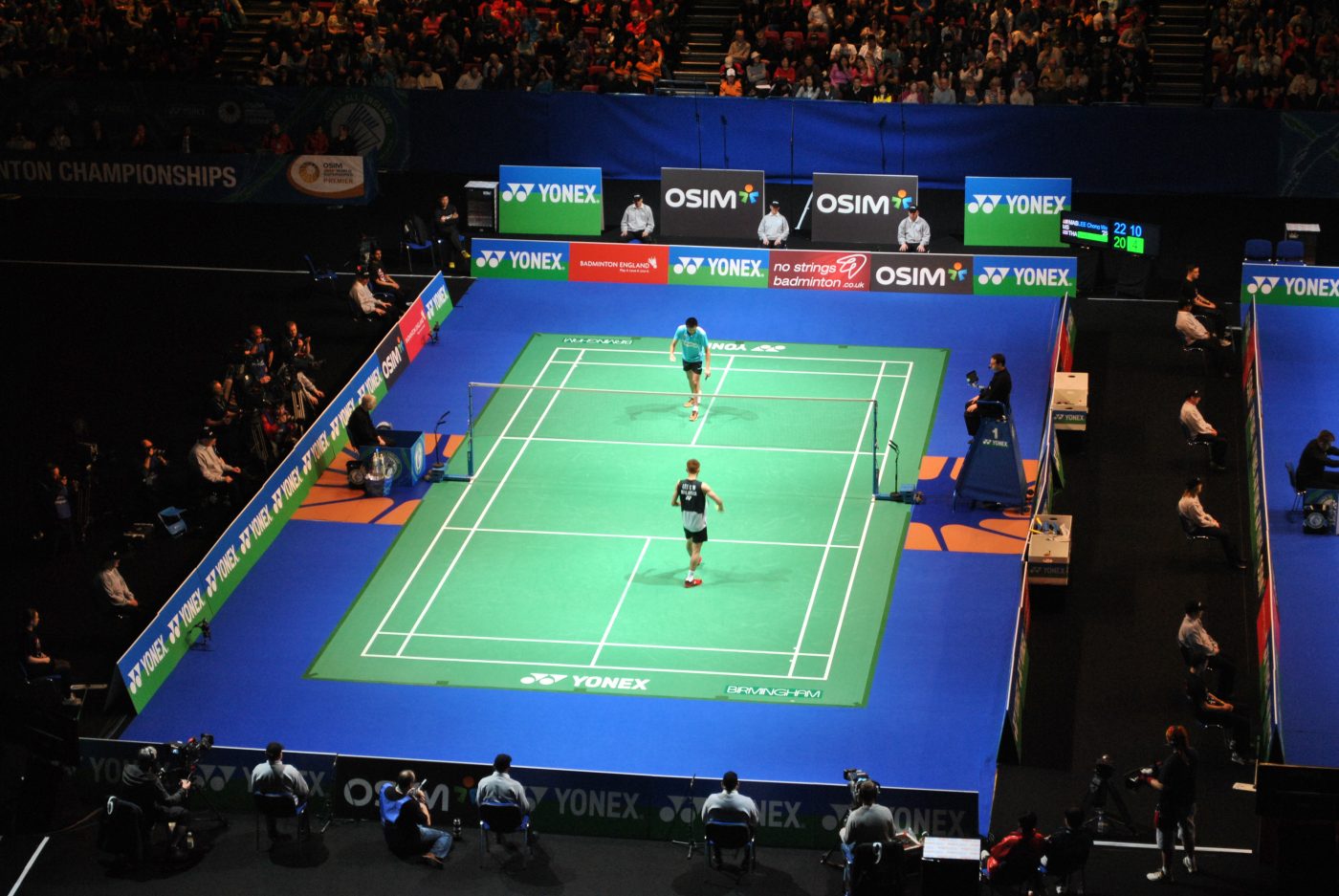 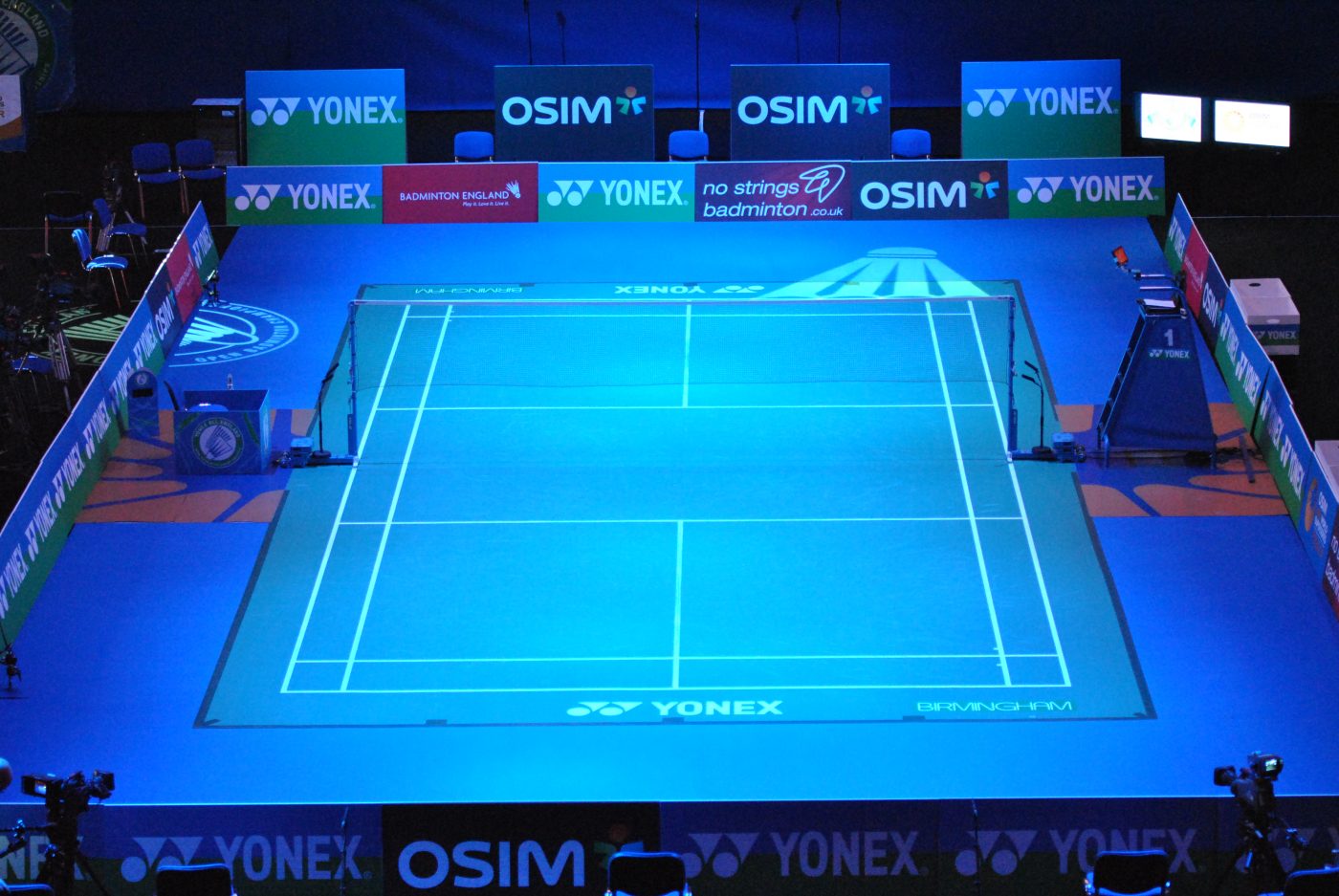 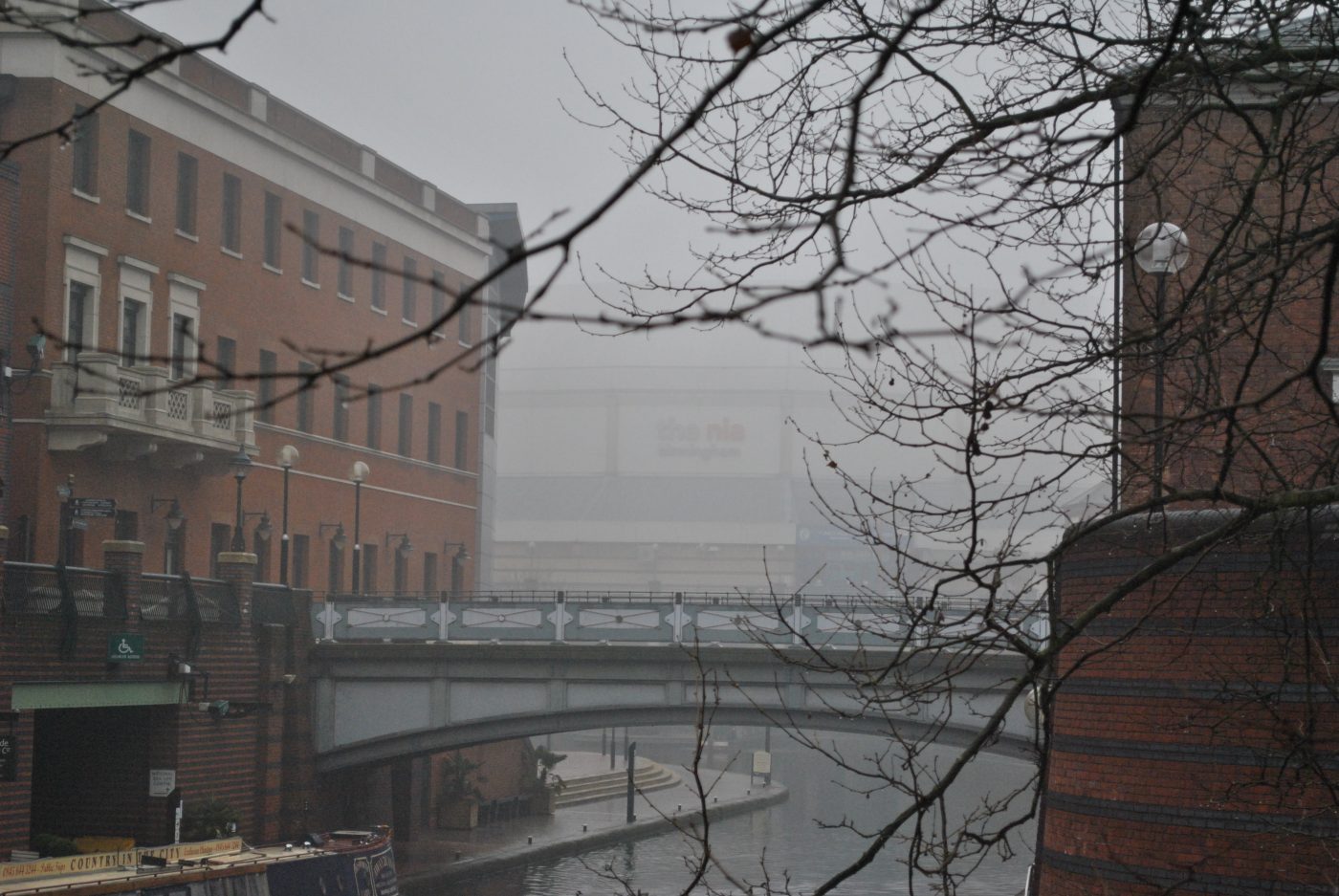 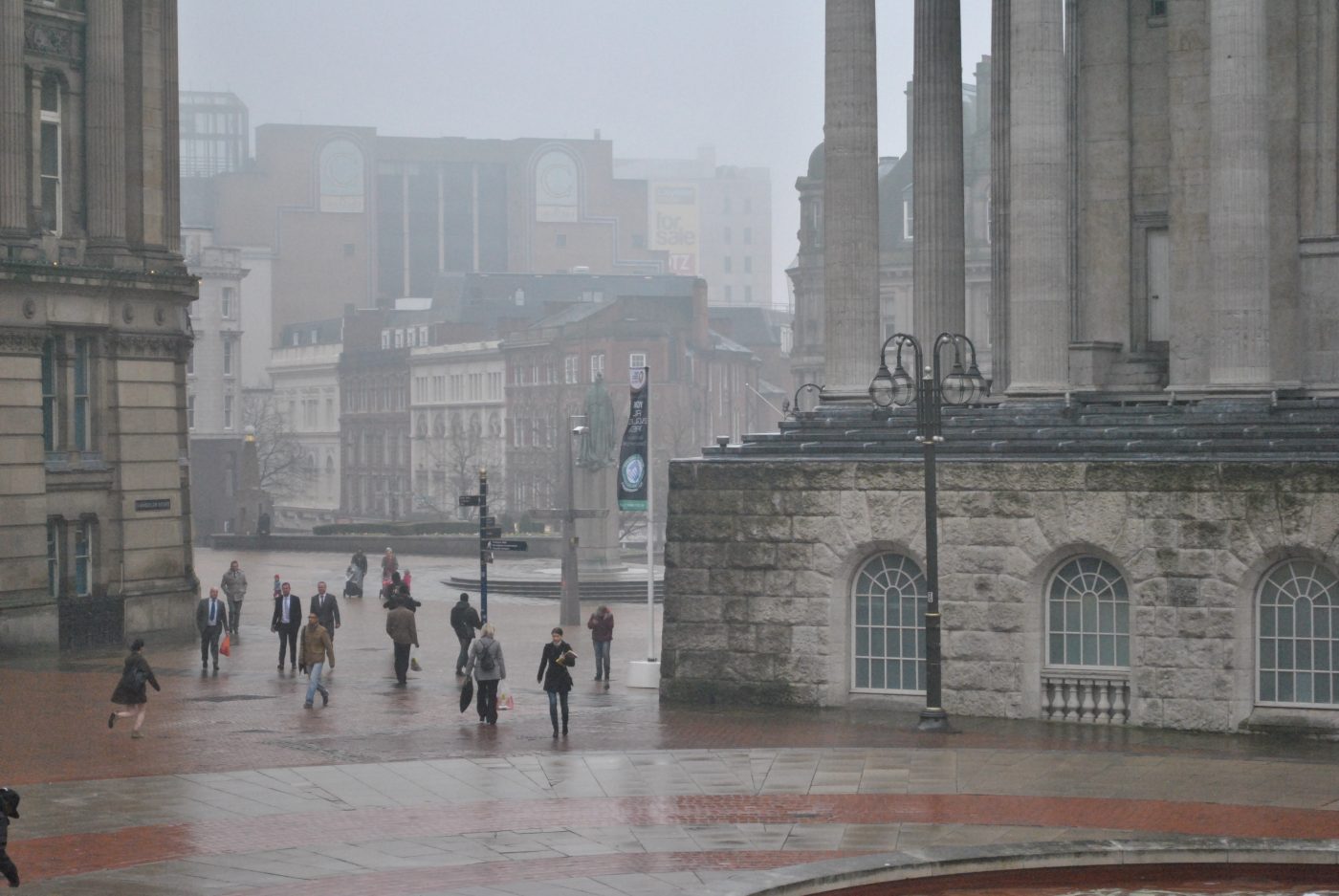 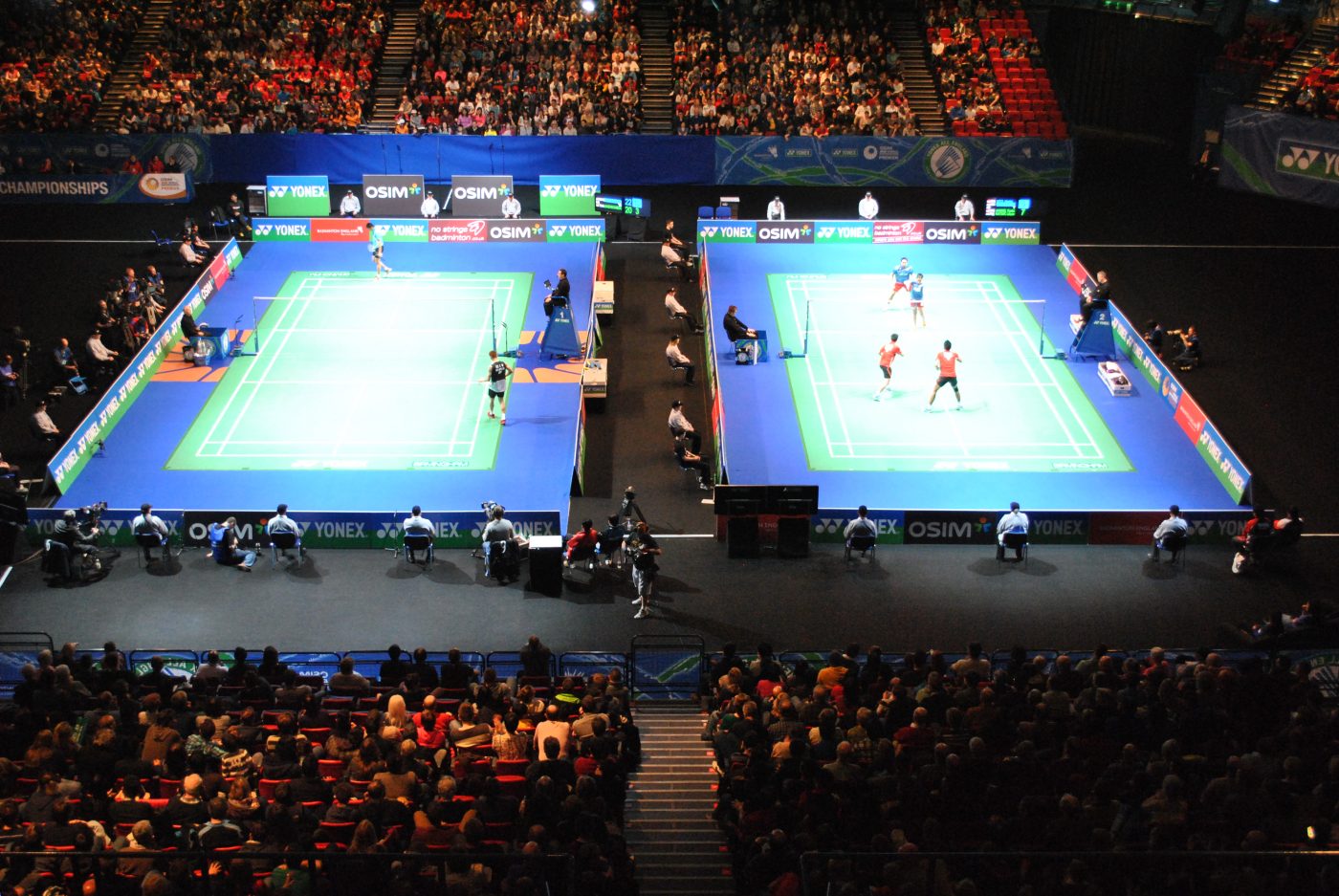 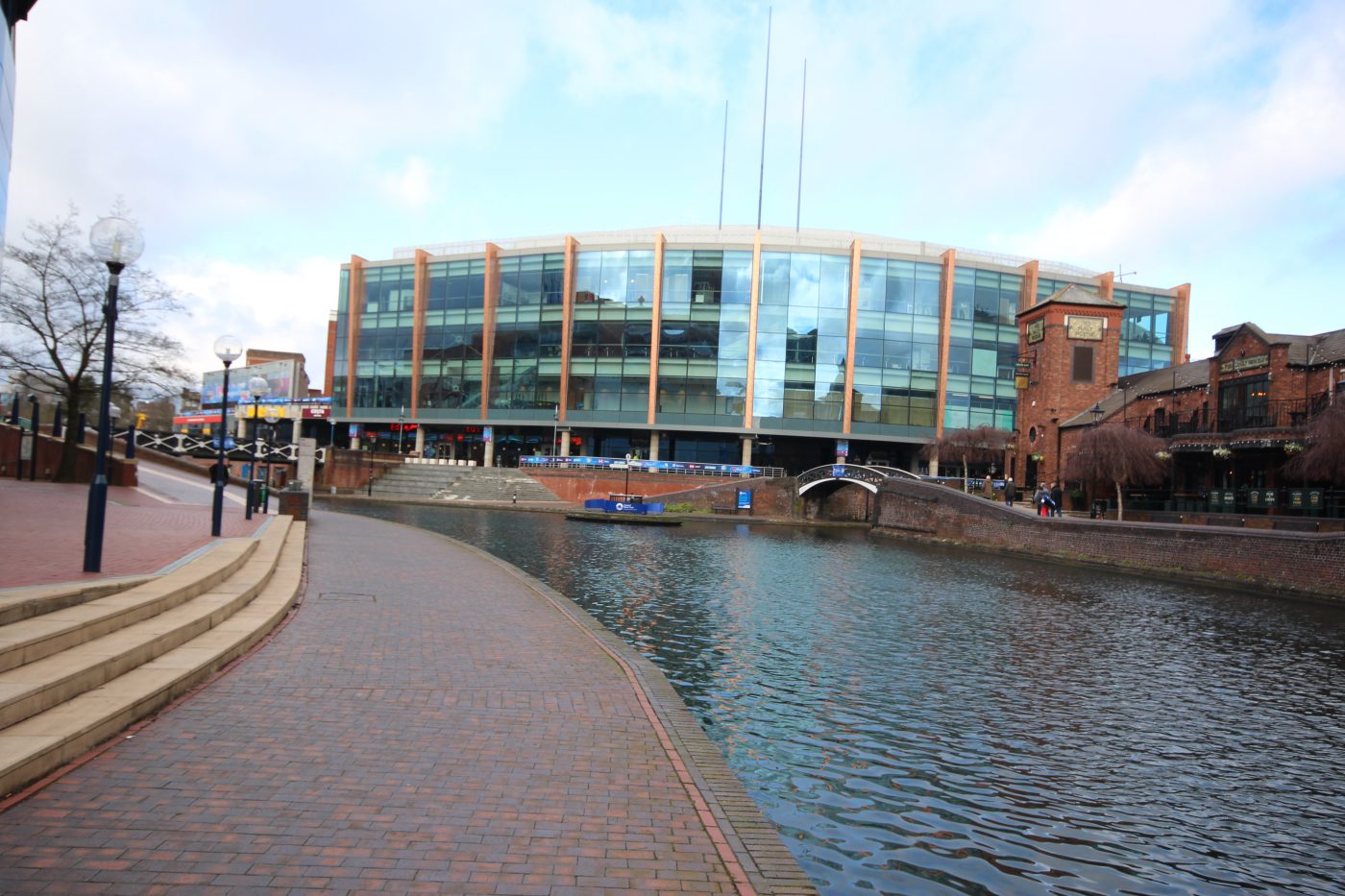 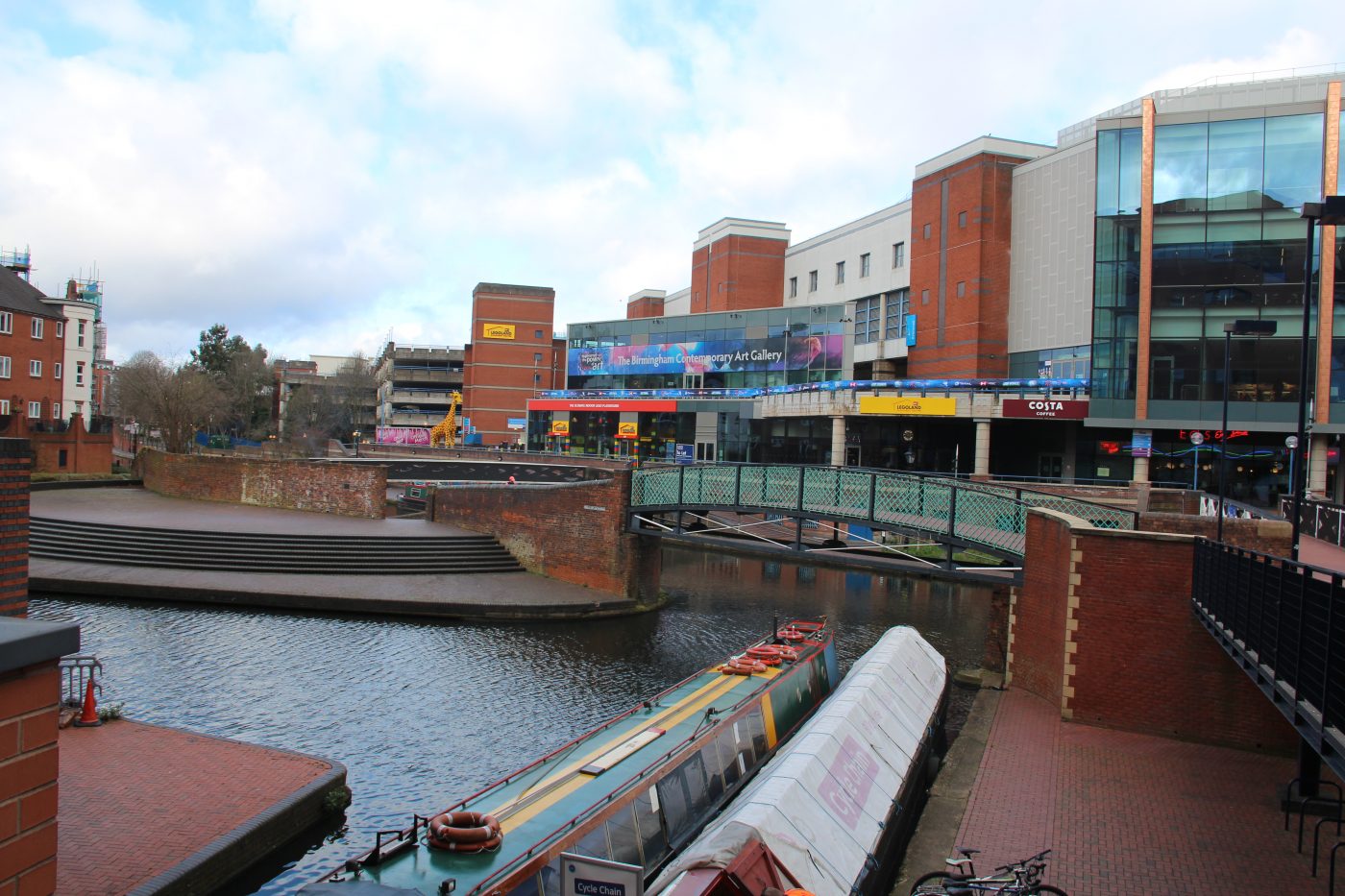 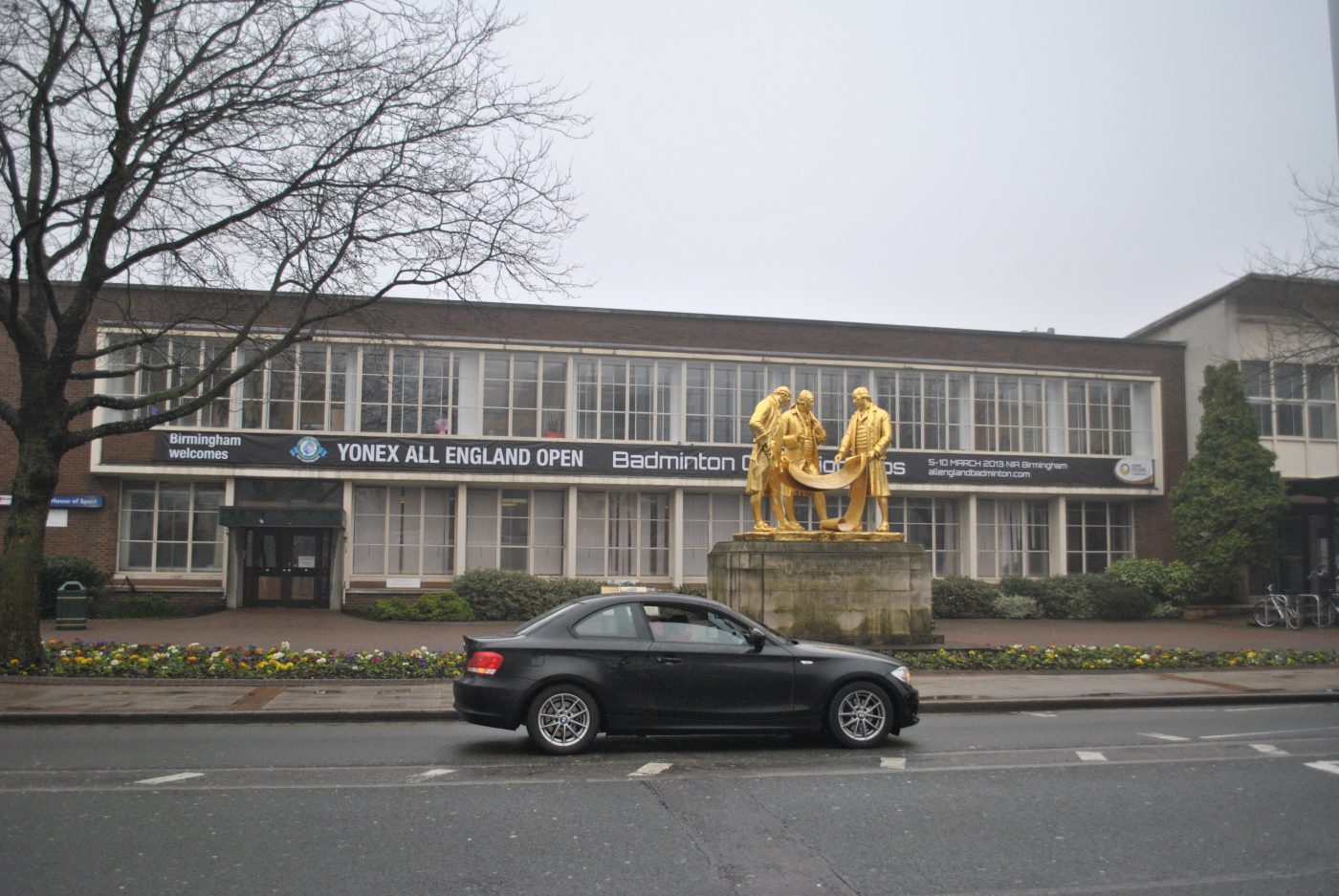 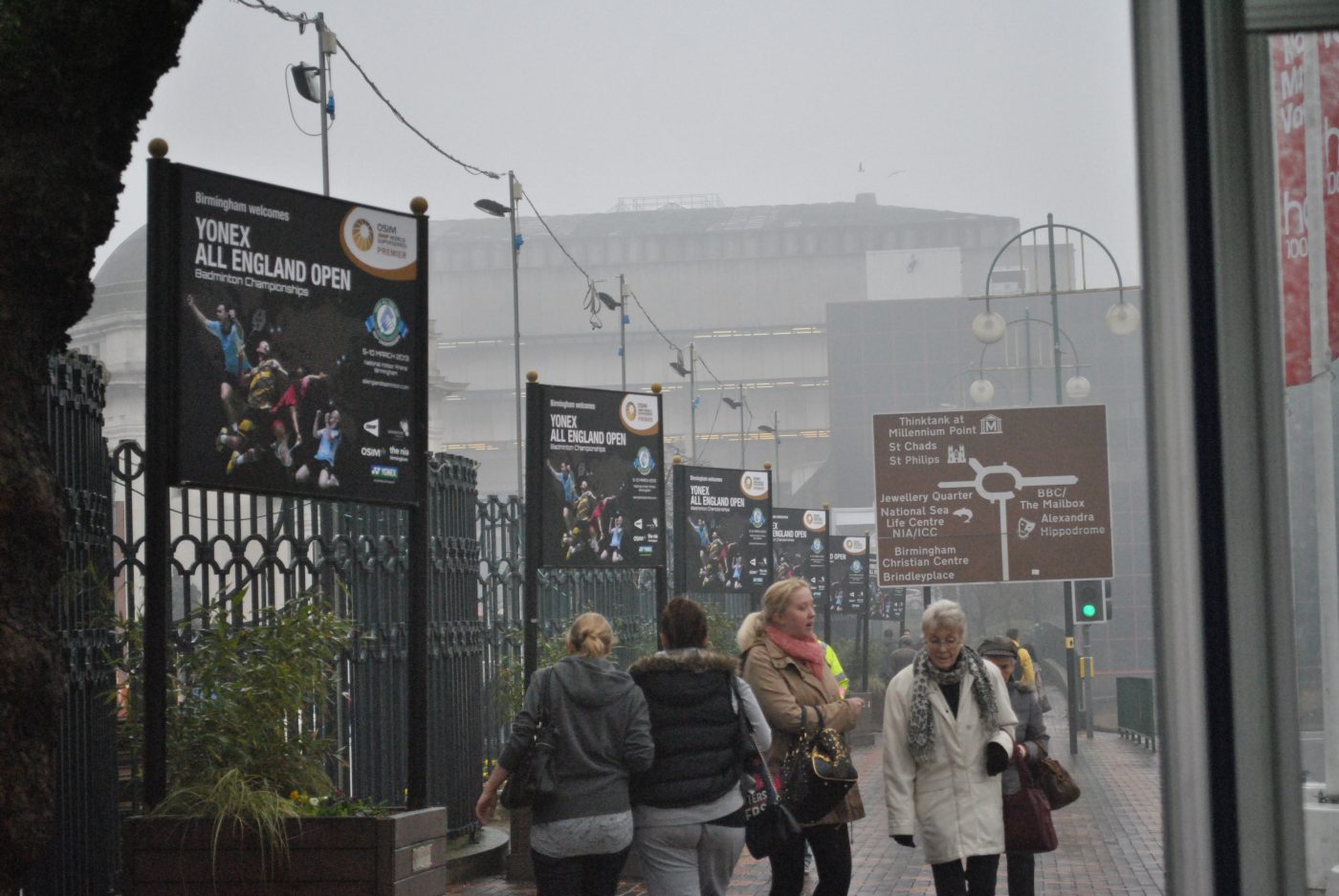