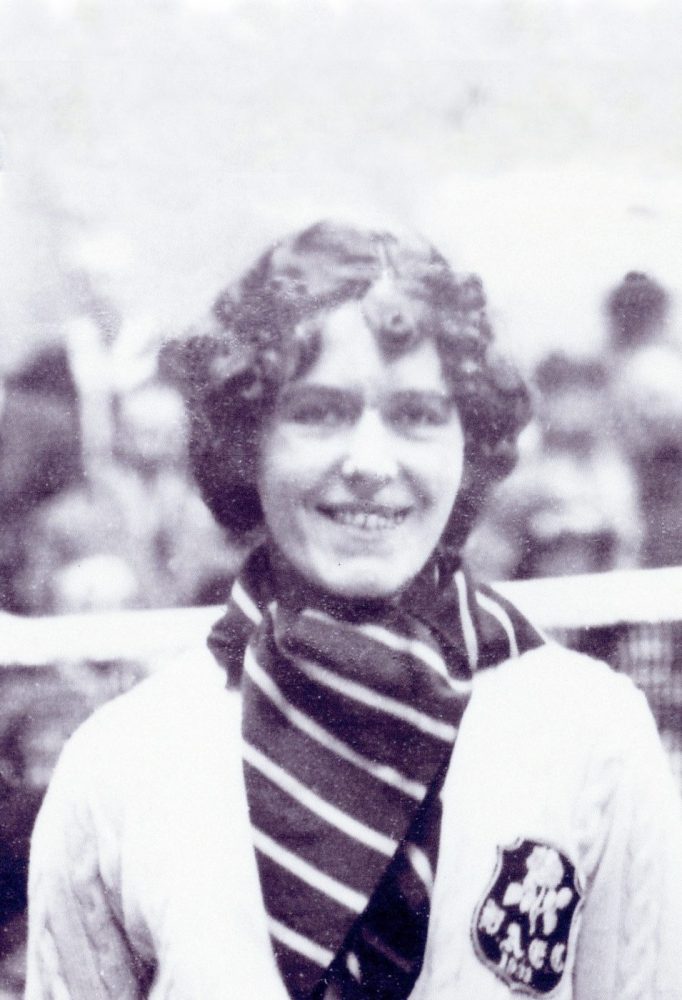 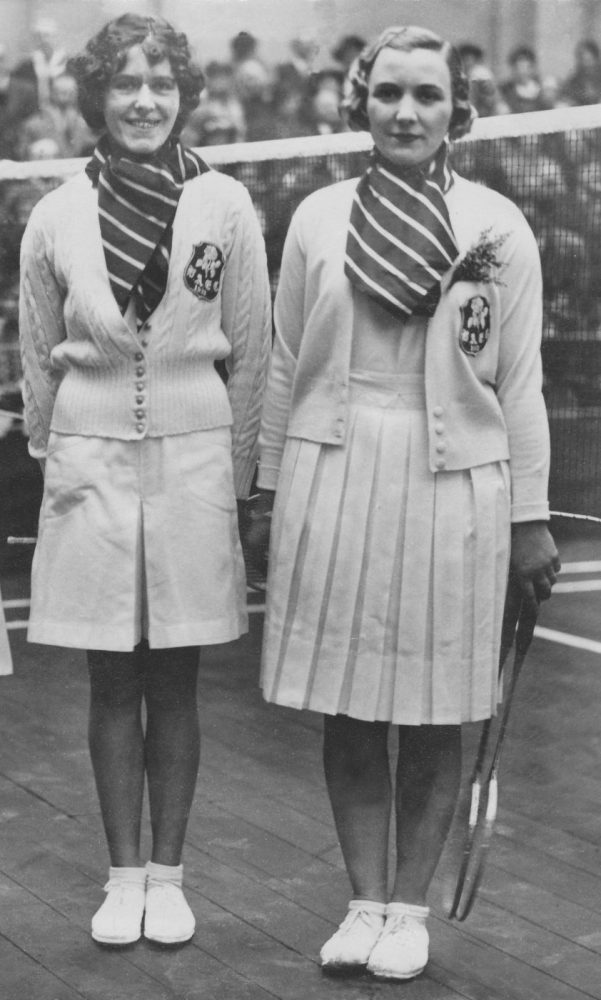 Marjorie Henderson nee Bell with her doubles partner Thelma Kingsbury dominated woman’s badminton in the 1930s. They won the All-England woman’s doubles four times in a row 1933 to 1936, a record which was not beaten for almost 70 years. After winning the Championship for three consecutive years they were awarded the trophies outright.

Marjorie and Thelma in 1937 after winning the Scottish Badminton Open Championships woman’s doubles for three consecutive years were also awarded the trophies outright. Marjorie also represented England six times during which period the Badminton Gazette described her as a ‘player without equal’. She made a significant contribution towards the general development of badminton in Portsmouth over her lifetime. 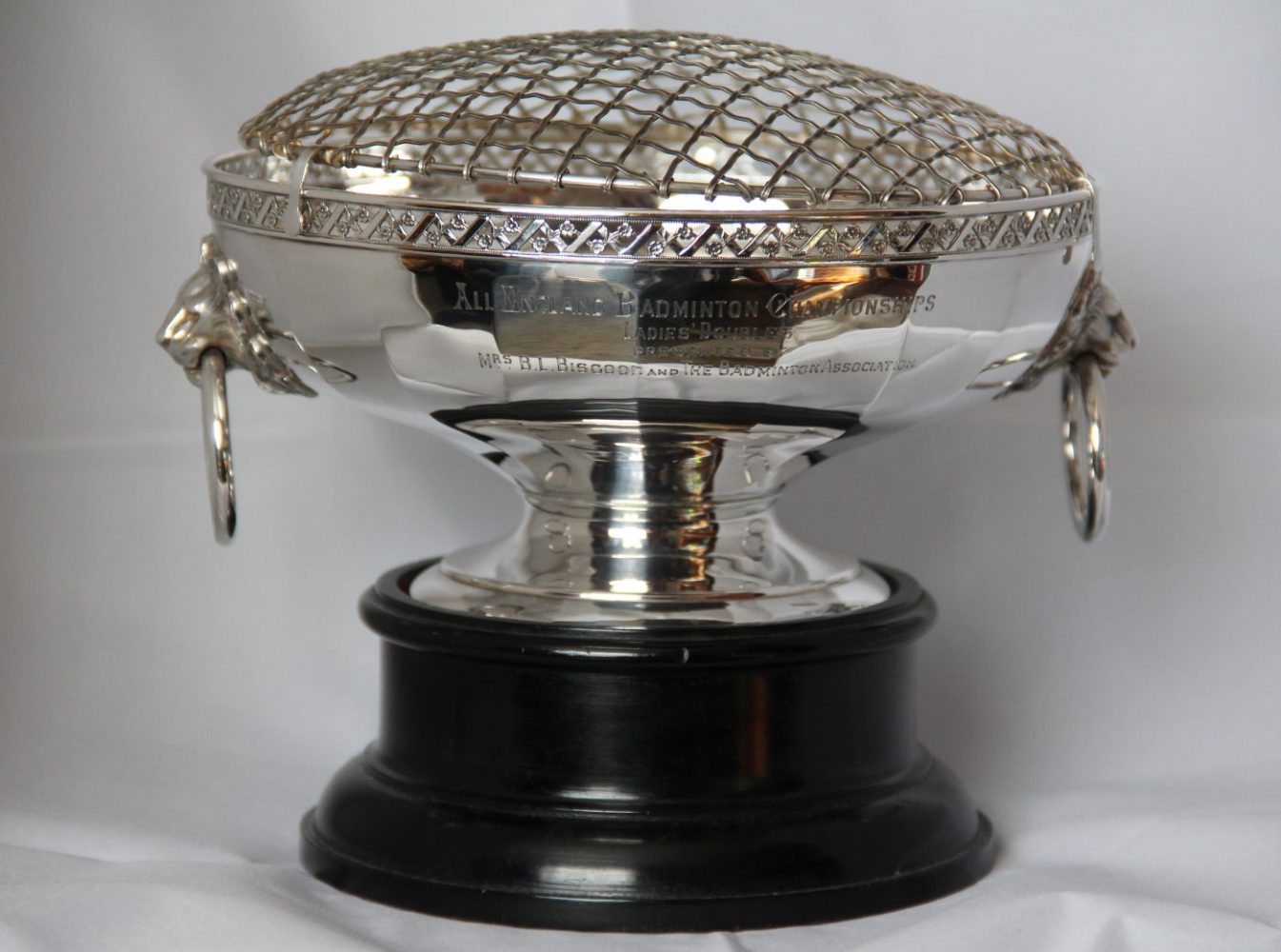 The All-England women’s doubles trophy awarded to Marjorie Henderson after winning the championship title for three consecutive years in 1935.

Prior to 1979 if an All-England Champion won a trophy for three consecutive years or four Championships in total, they were awarded the trophies outright. 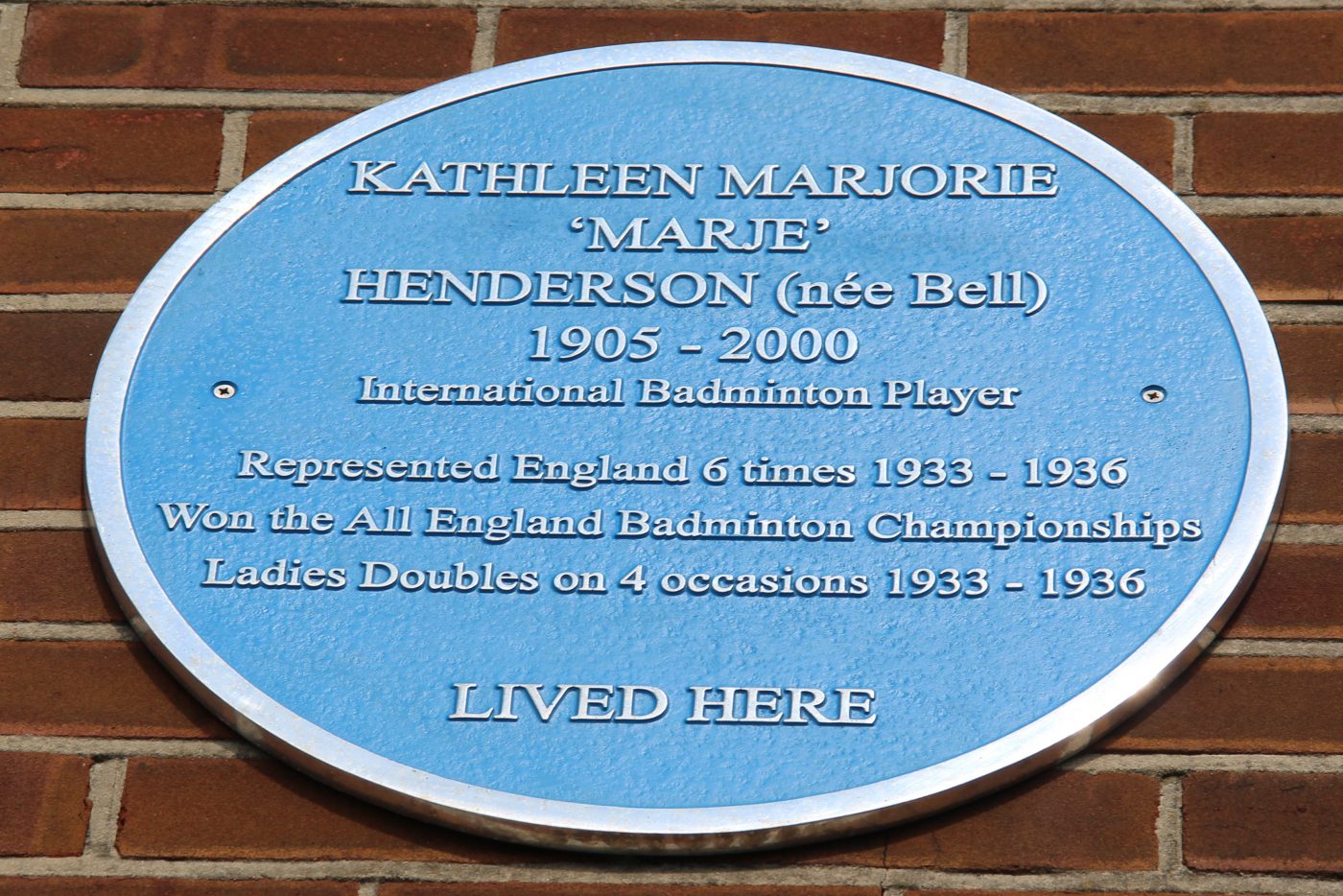 The blue plaque celebrating Marjorie Henderson’s badminton achievements which is on her family home at the High Street, Old Portsmouth, Hampshire. 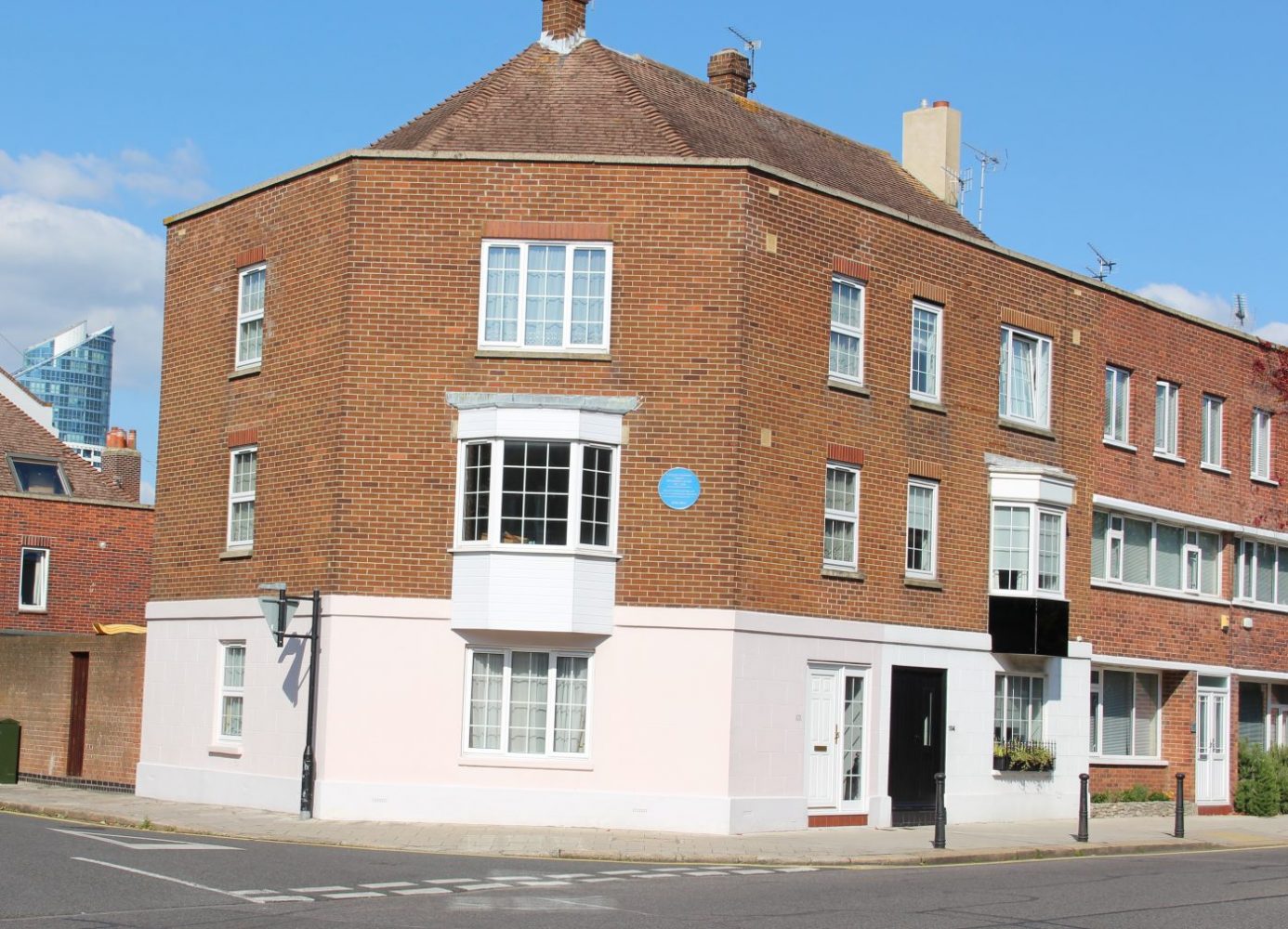 ← Prev: The First Ever International Badminton Match Next: SIR GEORGE THOMAS - A legend as a player, administrator and gentlemen →

SIR GEORGE THOMAS – A legend as a player, administrator and gentlemen 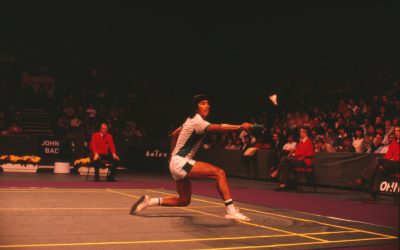 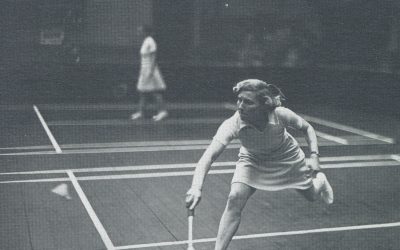 Betty Uber, who dominated Women’s badminton in the 1930s and won a total of 13 All England Championship titles. Click...