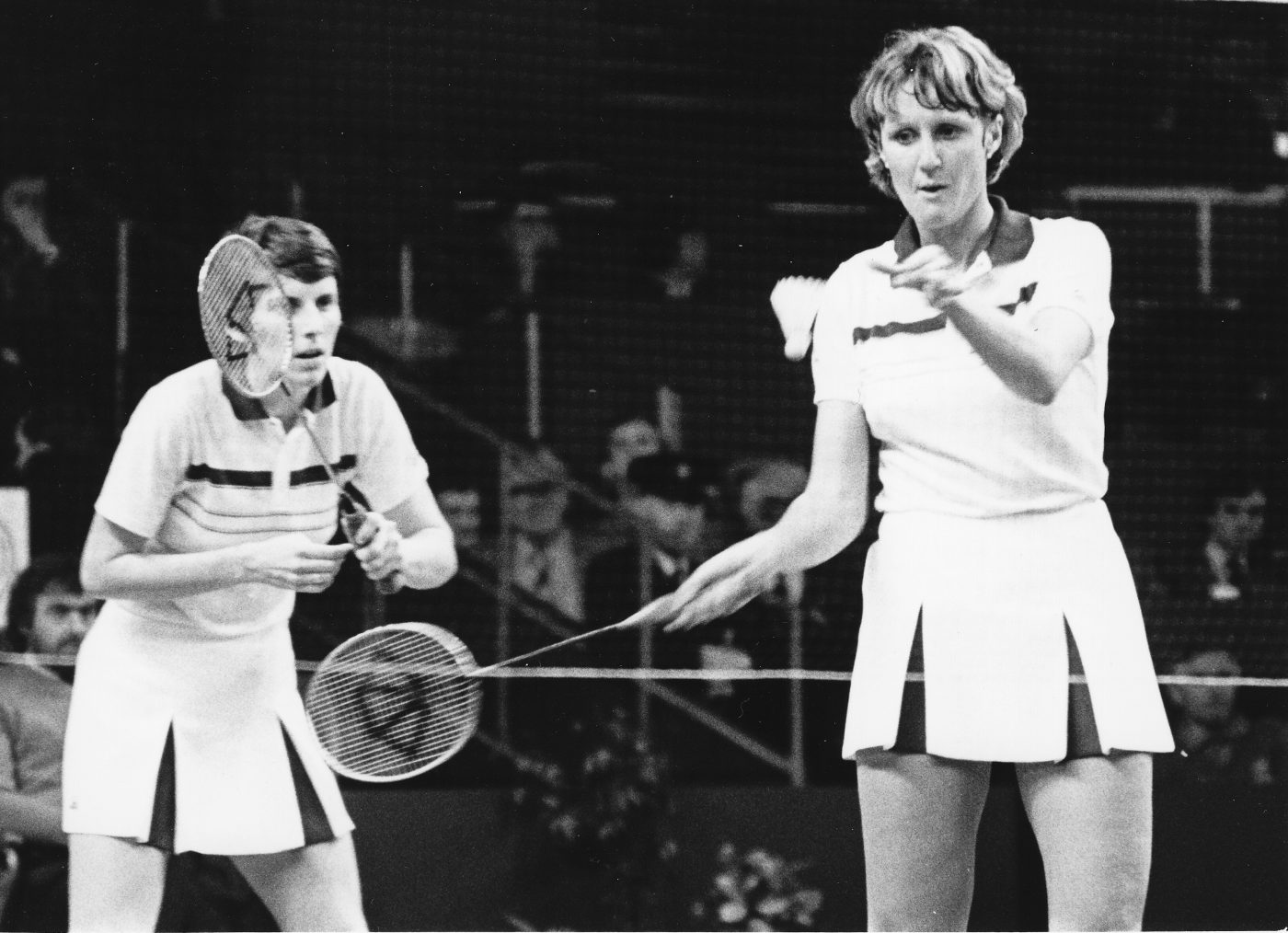 Nora Perry MBE reigned supreme on the English and international badminton courts for over a decade. She excelled in both women’s and mixed doubles with over 75 international titles in individual competition. Her most successful tournaments were the Danish Open with 10 titles; the All England Championships, the Swedish Open and the Portugal International with 8 titles each; and the Canadian Open with 7 titles. 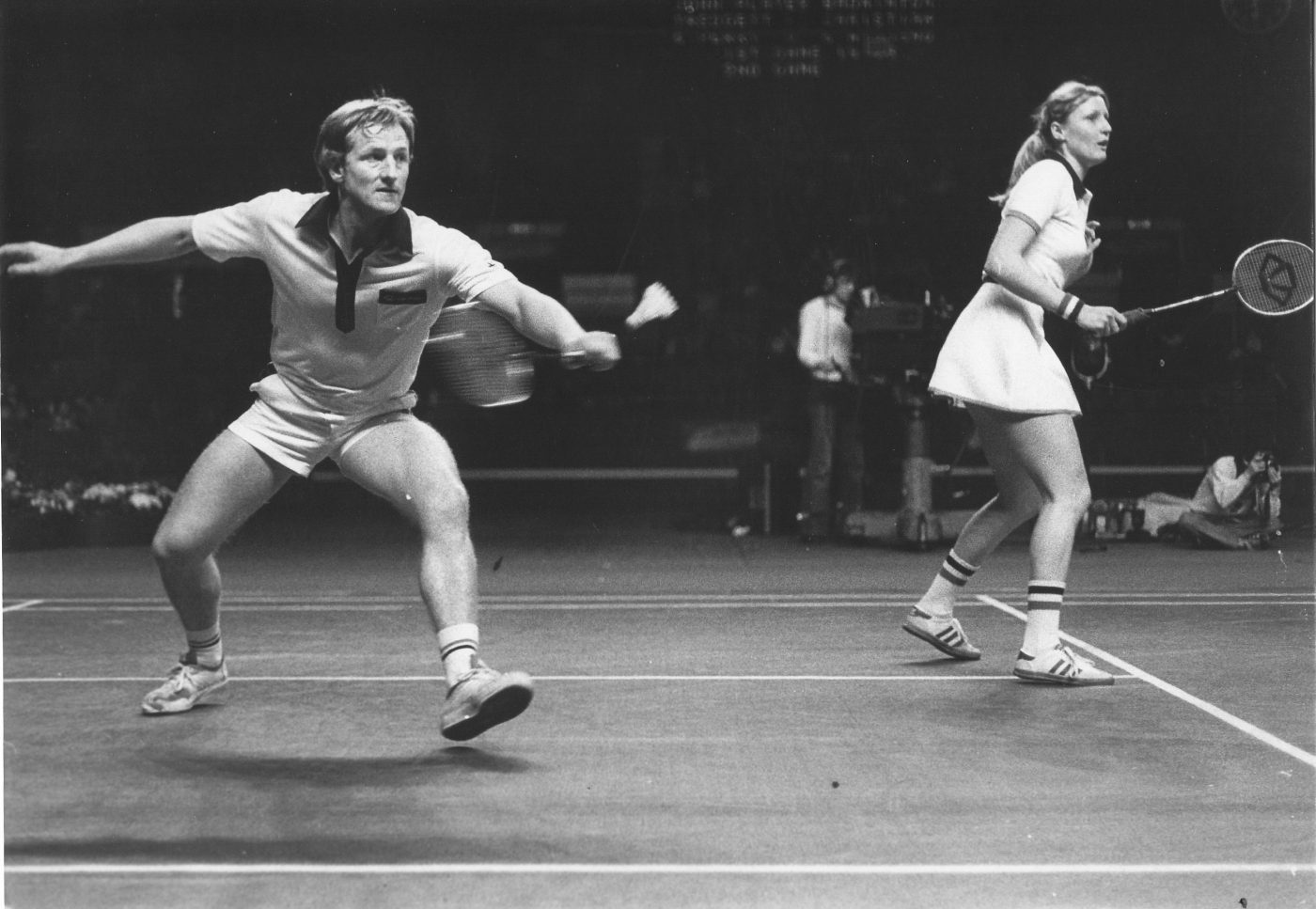 She also claimed 10 National and 6 European Championships titles – 4 in individual and 2 in team competition. She is mostly remembered for being the only British player to have won two World Championships titles: one in women’s doubles in 1980 with Jane Webster followed by another one in mixed doubles in 1983 with Thomas Kihlstrom (Sweden). In international matches she made 90 appearances for England. 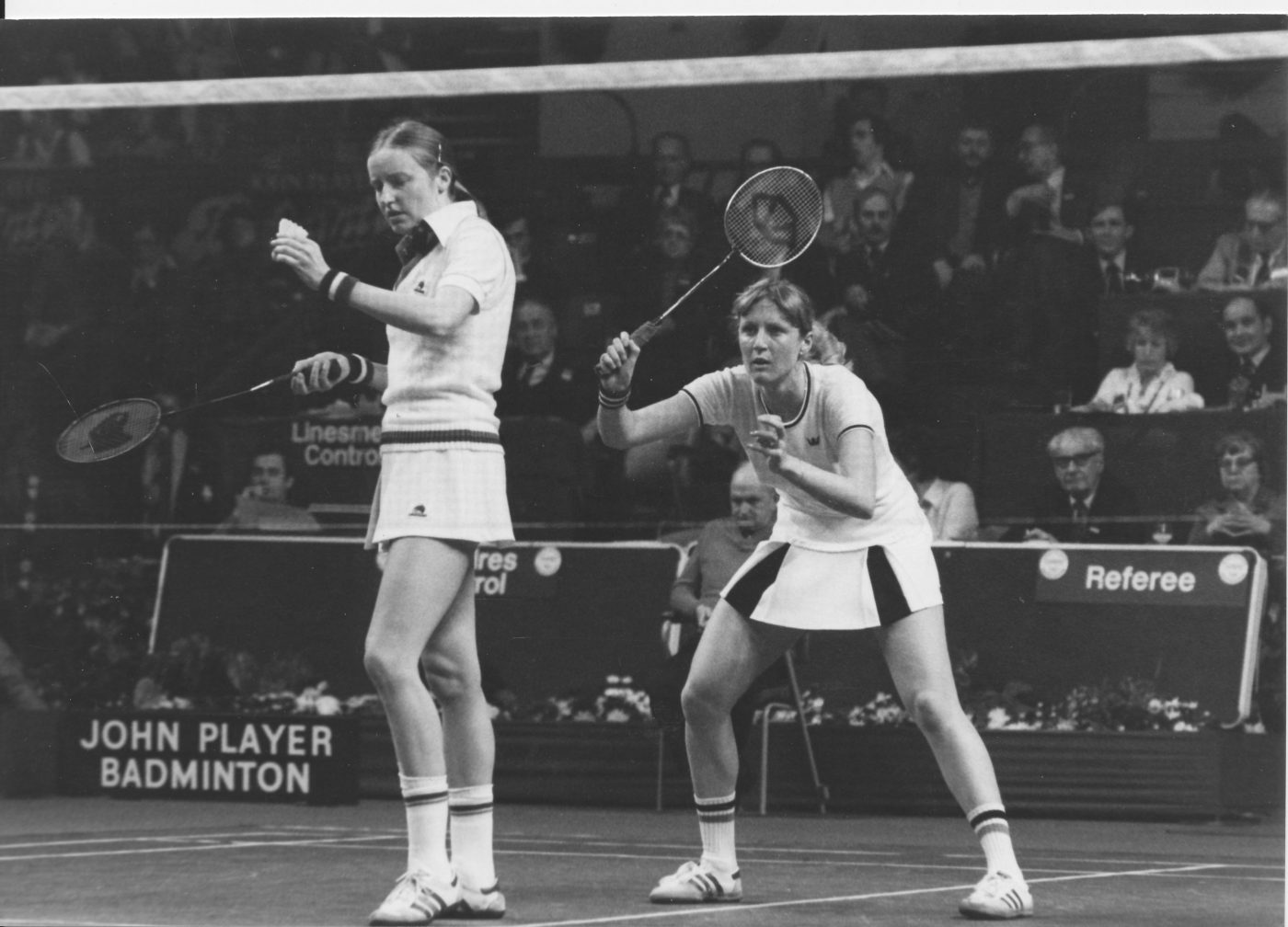 Gillian Gilks and Nora Perry at the 1980 All England Badminton Championships.

In 1978 she was a member of England’s Commonwealth Games gold medal team also winning the individual women doubles gold with Anne Statt and the mixed with Mike Tredgett. 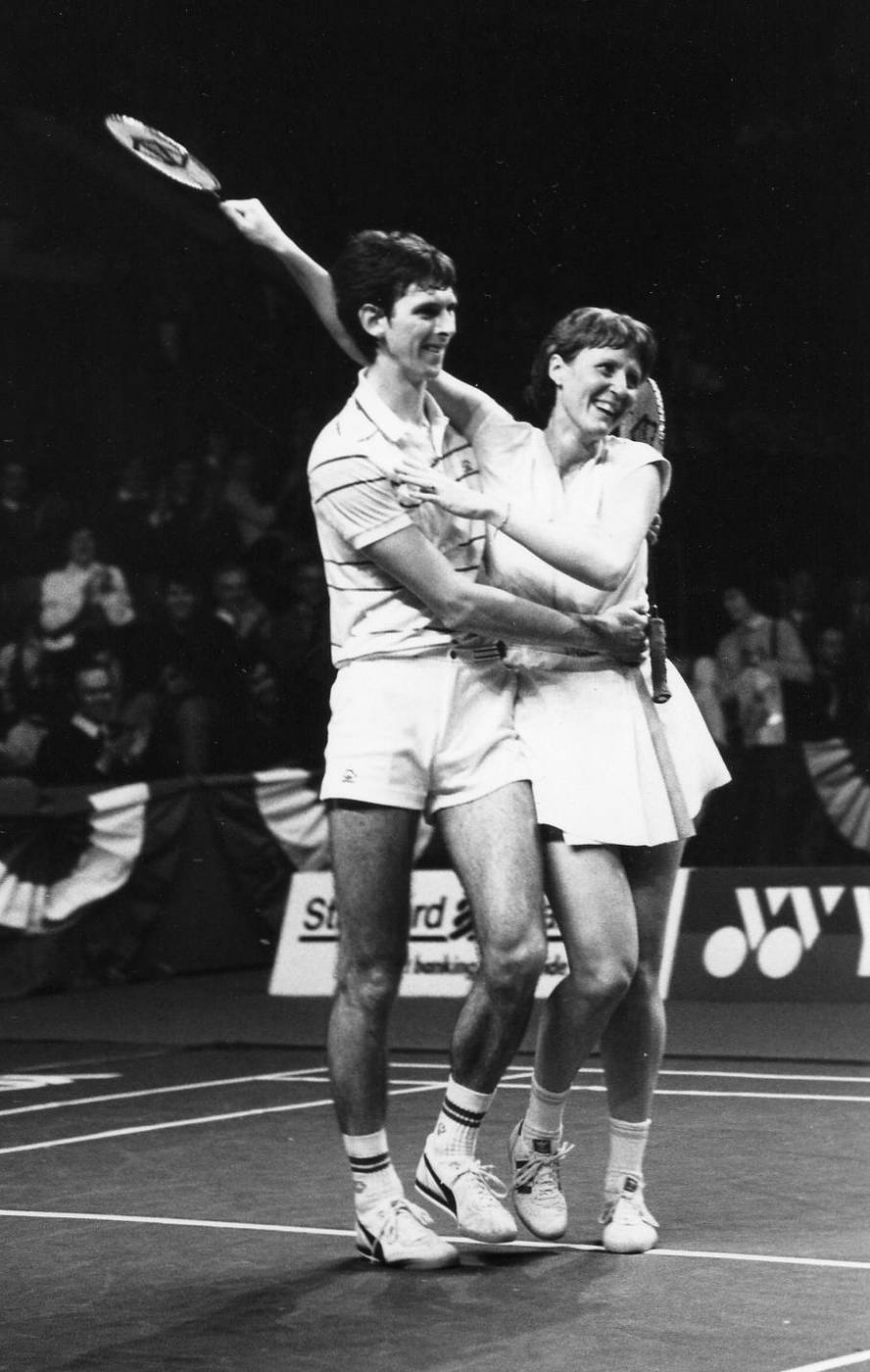 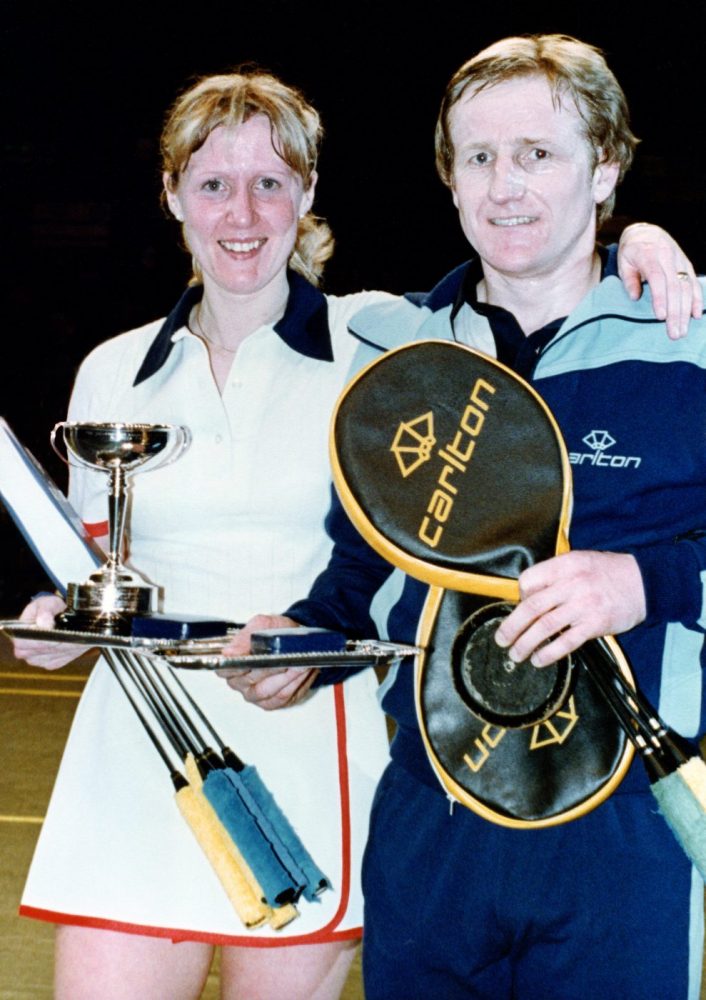 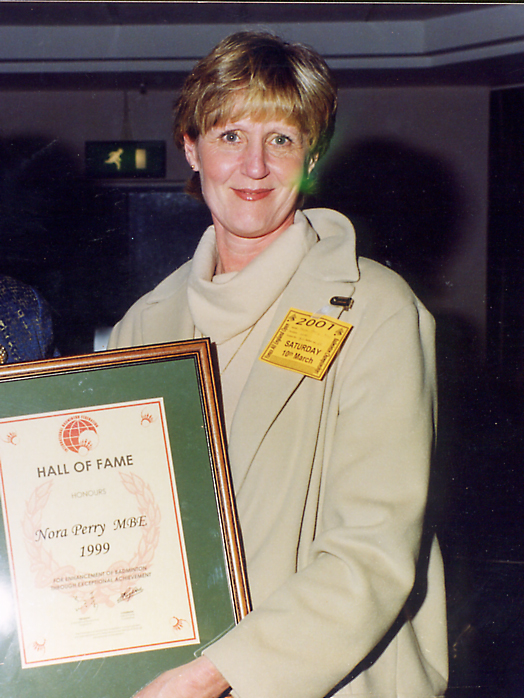 Svend Pri - The All-England Champion who was Overcome with Joy  Svend Pri from Denmark started playing at the...

Donald Hume - A Great Champion in the 1930sDonald Charles Hume started to play badminton at the age of 16, when he...

SIR GEORGE THOMAS – A Legend as a Player, Administrator and Gentlemen

SIR GEORGE THOMAS The measure of the extraordinary qualities of this man goes far...