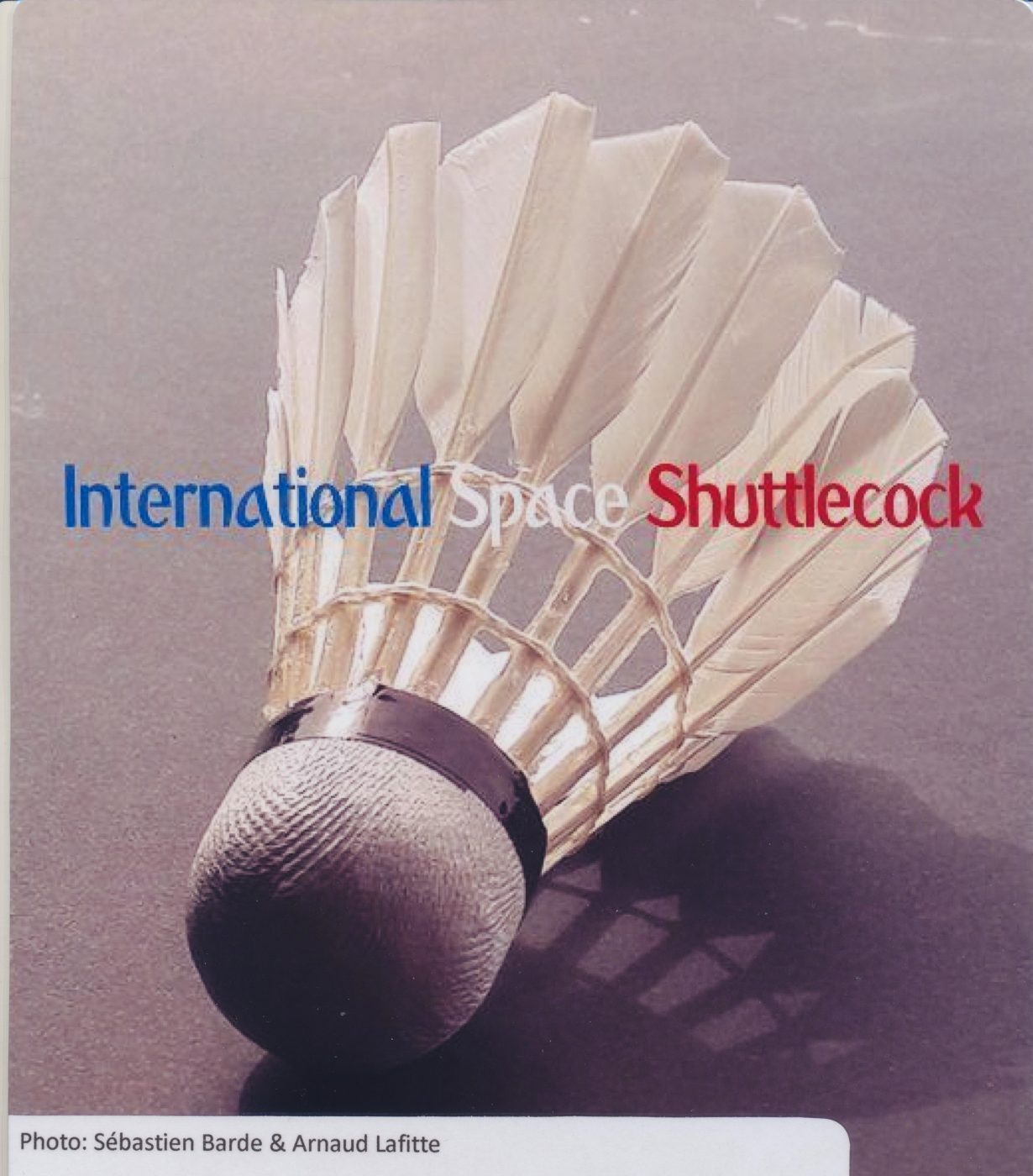 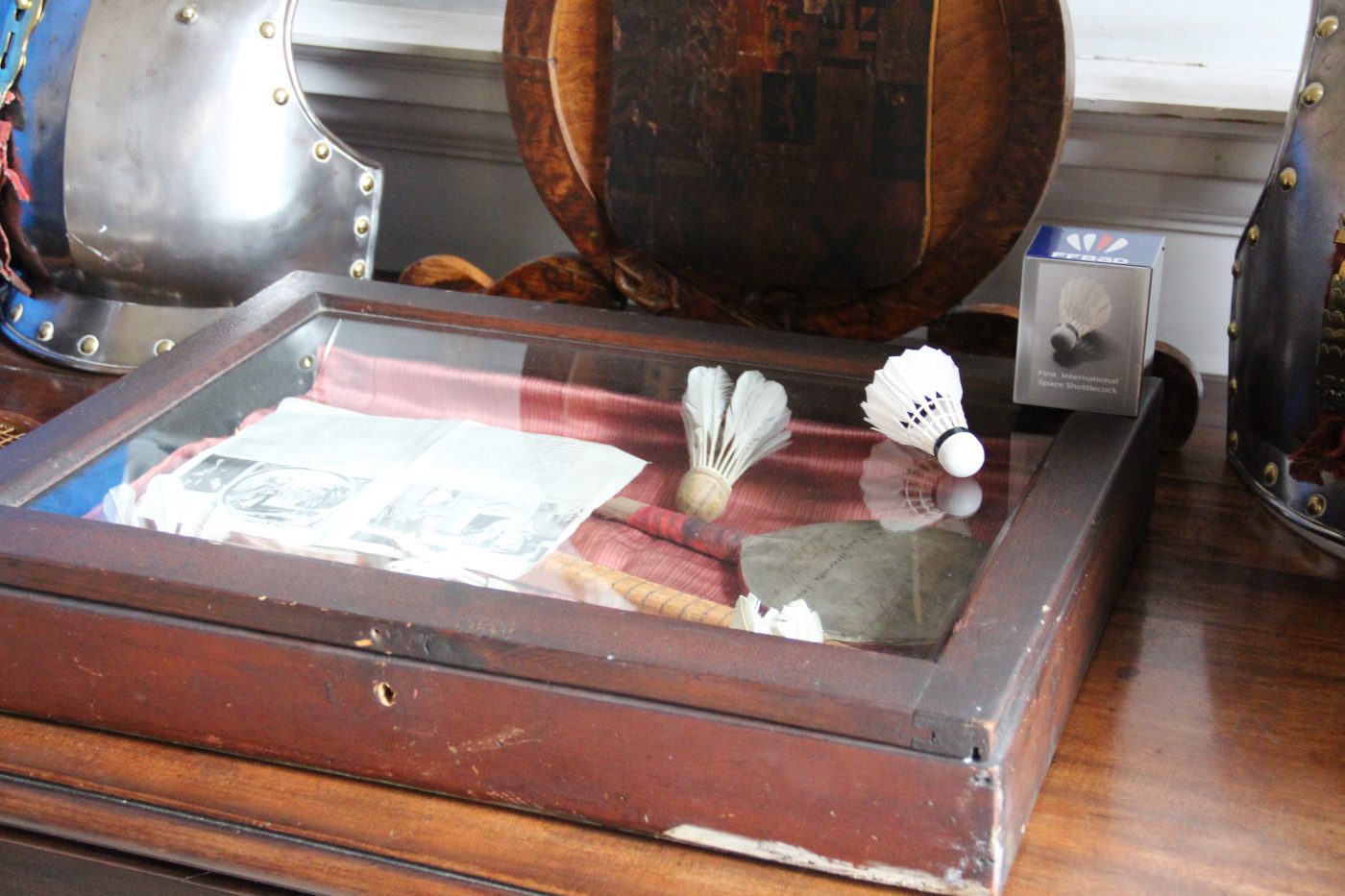 The International Space Station Shuttlecock with old battledores and shuttlecocks in the North Hall, Badminton House. 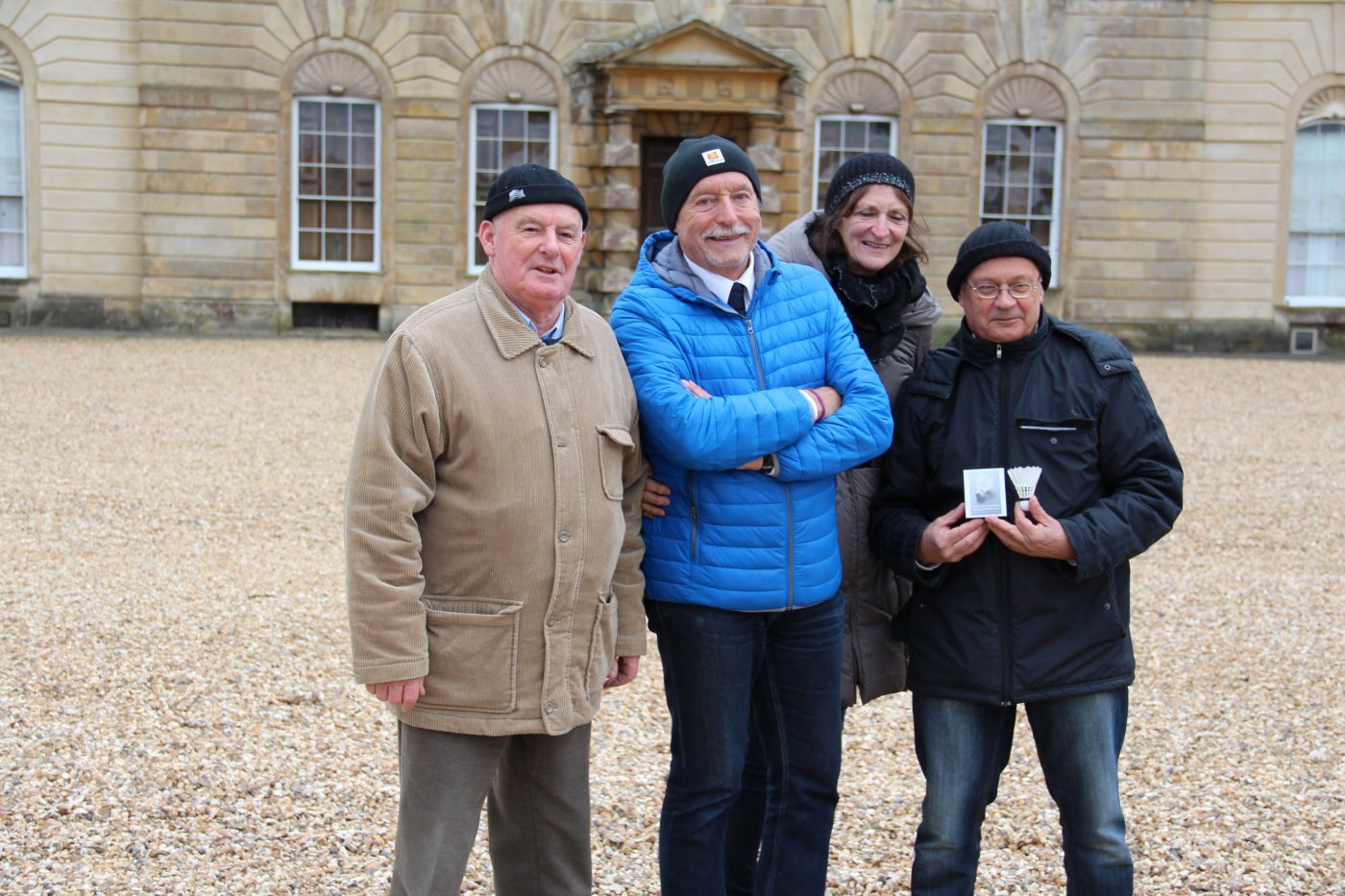 Outside of the North Hall at Badminton House are Jean-Paul Didier, Jean-Jacques Bergeret, Micheline Richebois and Bruno Lafitte from the French National Archives Commission with the International Space Station shuttlecock. 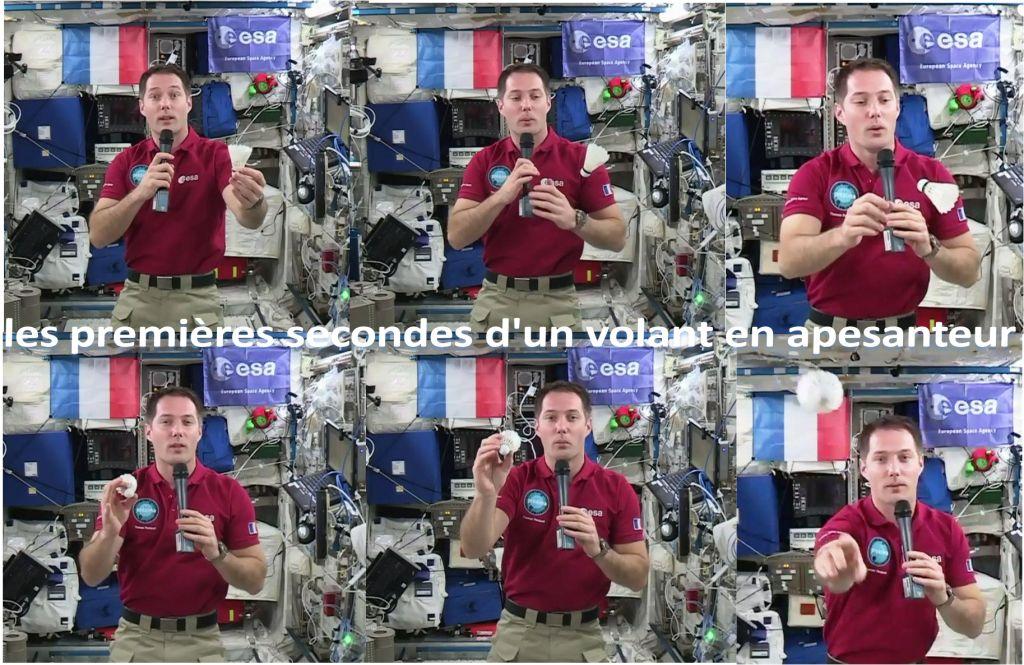 The French astronaut Thomas Pesquet testing the flight of the shuttlecock in the International Space Station’s weightless conditions. 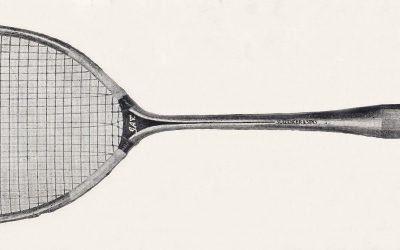 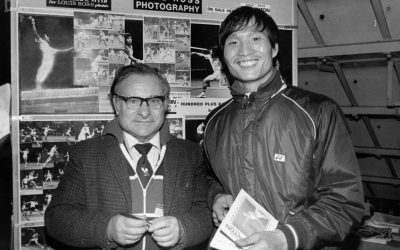 Louis Ross, the badminton photographer has left a legacy to the National Badminton Museum.Louis Ross sat on his famous...